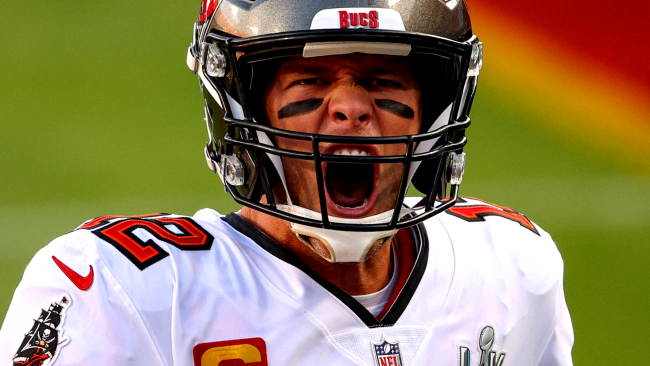 This week, Pro Football Focus (PFF) is releasing its list of the 50 best players in the NFL right now and, of course, some of the rankings made people upset. Fans are gonna fan.

According to PFF, the rankings are “a projection of what we think will happen and not necessarily a reaction to a spectacular or underwhelming 2020 season.”

“Additionally, positional value is not considered here, so safeties, guards and even running backs have just as good a chance to rank highly as quarterbacks, who would dominate the list if positional value was heavily factored.”

Thus far, Pro Football Focus has only released numbers 21 through 50 as they are revealing the entire list in reverse order with their 10 best players in the NFL overall to be named on Friday, June 25.

As previously mentioned, that certainly hasn’t stopped NFL fans from weighing in with their own opinions of the list.

“Diggs effectively justified the frustration he felt in Minnesota — he knew that he was capable of much more; all he needed was increased opportunity,” writes PFF. “He showed that in Buffalo in Year 1 as one of the best and most complete receivers in the game.”

oh yeah the guy that single handly let the vikings win in the playoffs….twice

He won't break 1,000 yards without Brees hitting him on those slants all day anymore.

“Thomas is coming off a season in which he scored just one touchdown and recorded only 511 receiving yards,” writes PFF. “And that included two playoff games, one of which saw him held without a catch. Still, it would be an overreaction to drop him any further down the list than this.”

PFF them players ain’t lyin when they say yall don’t know how to grade tape. No way he’s better than MT or Diggs. Y’all think he a top 5 receiver just based off of his YAC. He’s schemed open across the middle on PA passes 50% of the time. Cmon bruh

“Allen was spectacular in 2020,” writes PFF. “but it was such a giant leap forward from his previous baseline — his overall PFF grade jumped from the mid-60s to 90.9 last year — that the smart analysis is to expect some degree of regression, given what we know about player development at this level.”

As usual he will have 3 great games and be invisible for the rest.

“Robinson has never had an even vaguely competent quarterback throwing him the football, and that dates back to at least high school and perhaps even beyond that,” writes PFF. “The likes of Christian Hackenberg, Blake Bortles, Mitchell Trubisky and post-deal-with-the-devil Nick Foles have meant that the version of Robinson we have seen is only a fraction of what he could be with a real quarterback.”

If CMC is 30 then I’m coming down your chimney Christmas morning. That’s just disrespectful.

Smith: 28 INTs since entering the NFL in 2012 (1st among safeties) pic.twitter.com/2CyCCNFySE

“Eric Kendricks has become arguably the best coverage LB in the NFL at a time when it has never been more difficult for LBs to play in coverage.”

Gotta love this artwork on these.

Read up on why each player was ranked where he was, as well as see who fills in the top 20, over at PFF.com.