The Messi Effect: PSG Added More New Instagram Followers In One Day Than Any NFL Team Has In Total 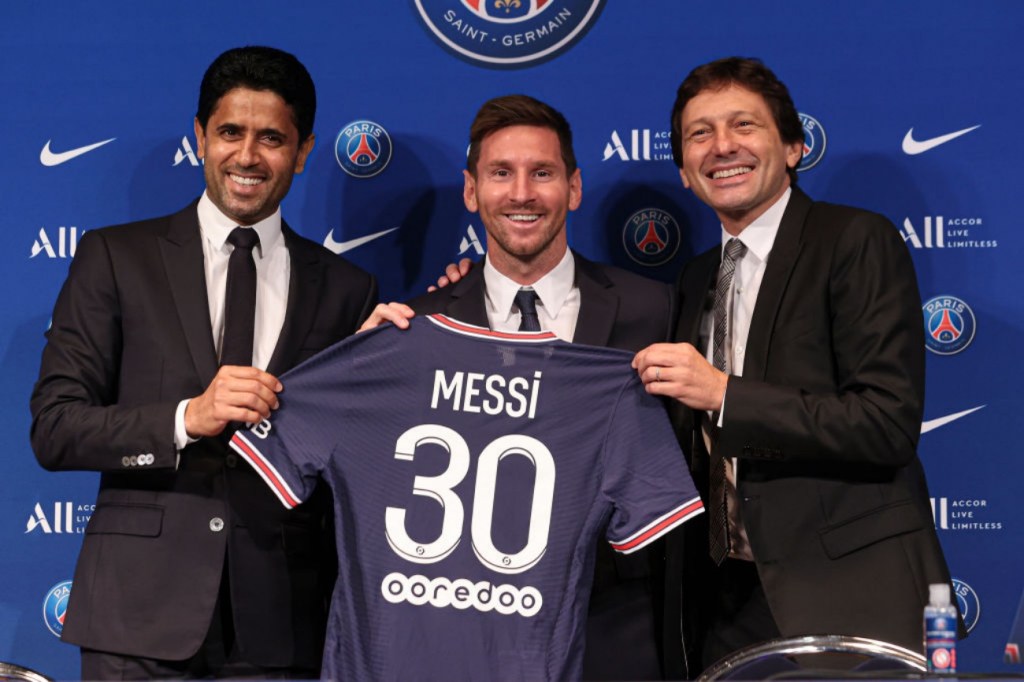 As a Tampa Bay Buccaneers fan, I didn’t think we ever even had a 1-in-a-hundred million chance at signing Tom Brady away from the Patriots. But we did, and we won the Super Bowl, and we’re about to do it all again this season.

Similarly, I never thought there was a shot in heck that Lionel Messi would leave Barcelona nor did I think Barcelona would ever let Messi leave. I was wrong again. PSG are now favorites to win the Champions League with a front three of Messi, Mbappe, and Neymar. It might be the greatest attacking front three ever assembled in the sport.

Messi will be paid around ‘€35m net per season’ ($41.13 million USD). If Mauricio Pochettino and PSG fail to win the Champions League people will ask ‘was it worth it?’ and the answer is HELL YES. Tickets are already several thousand dollars to watch Messi’s first match. Stores were mobbed in Paris with people lining up to buy Messi jerseys. Likewise, the ‘Messi Effect’ just added more Instagram followers to PSG’s account in 24 hours than any NFL team has in total.

Front Office Sports (@FOS) tweeted out that the NFL team with the most Instagram followers is the New England Patriots with 4.36 million. PSG added over 4.5 million new followers IN ONE DAY. Basically, they added the combined followers of the Packers and Seahawks in under 24 hours.

Paris Saint-Germain has added almost 4.5 million Instagram followers in the past 24 hours. pic.twitter.com/ca5MgceNN4

For perspective: Messi's signing earned PSG more followers in 24 hours than any NFL team has TOTAL.

PSG is now up to 43.8 MILLION followers on Instagram.

For context, Barcelona still has over double the followers of Paris Saint-Germain FC. Barcelona has a cool 100 MILLION followers on Instagram compared to PSG’s 43.8 million total Instagram followers.

In the grand scheme of things, FC Barcelona is the #2 most followed sports team in the world across all social media platforms. Real Madrid is #1 with 251.5 million total followers (back in January, the number is higher now), Barcelona at #2, Manchester United at #3, followed by Juventus, Chelsea, Liverpool, and PSG at #7.

Messi’s current net worth is estimated at over $400 million and growing.