Sportsbook Director Explains Why Someone Bet $73,500 Bet On Buccaneers To Win Just $735 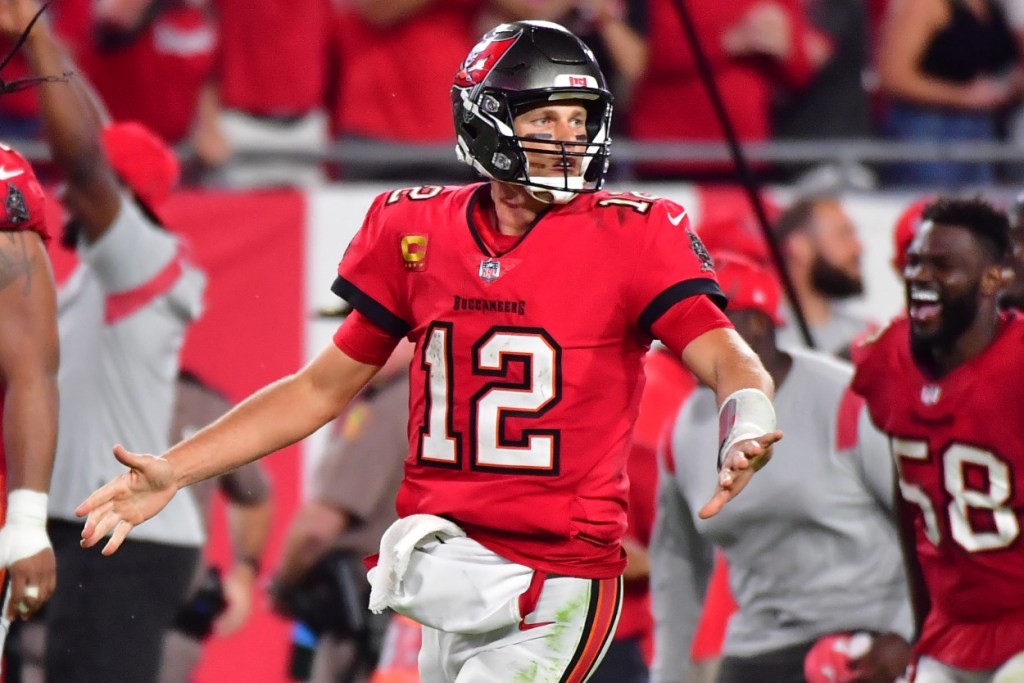 The Tampa Bay Buccaneers beat the Buffalo Bills in overtime on Sunday evening and moved one step closer to the playoffs. Tom Brady continued his unprecedented record against the bills with 33 career wins against Buffalo, 9,032 passing yards, and 73 touchdowns.

Tampa is 10-3 on the season and the Bucs are running away with the NFC South where all three other teams have losing records (Falcons and Saints are 6-7, Panthers are 5-8). The Tampa Bay Buccaneers are currently the #3 seed in the NFC behind the Cardinals and Packers but they are a virtual lock to win their division at this point.

There are 4 games left in the season and the Buccaneers have a 4 game lead over the teams with a losing record. Losing the division at this point would be unthinkable. And the sportsbook odds reflect that with -10,000. If you aren’t sure how odds work, that means someone needs to bet $10,000 in order to win just $100. Someone did that and then some.

David Purdum at ESPN’s Chalk spoke with Thomas Gable who is the director at the Borgata Sportsbook in Atlantic City. Someone came in and placed a $73,500 bet on the Bucs to win the NFC South at -10,000 odds meaning they’ll only win $735 (net profit) once the season is over. A bet like this has A LOT of people asking questions (money laundering?) so the sportsbook director explained why someone might place a bet like this.

“I know some people automatically jump to the conclusion that a person is laundering money when they hear about this type of wager, but, believe me, there are enough compliance checks and signs when someone is actually attempting to do something like that,” Gable told ESPN.

“Honestly, I don’t know if people think they can get more of a return than if they had it in a bank account that was accruing interest,” Gable said. “Outside of a bank account, most other investment vehicles carry some sort of risk, so I’m not sure if they look at these wagers as having less risk or what.”

My mind actually immediately went to ‘comps’. The Borgata in Atlantic City has a pretty robust VIP/player loyalty/comp program. I don’t actually know if sports betting applies to that comp program in the same way that table games in the casino does but that’s where my mind went first, and I could be totally mistaken.

Here are some other theories on why he’d place this bet (Twitter reactions):

Only five weeks left. Quick turn. Maybe get some comps … who knows … I always wish I could learn the stories behind these kinds of bets.

The guy is either money laundering or in the process of getting divorced and wants to lower his assets.

In terms of ROI, earning 1% on $73,500 in one month isn’t the worst way to spend money but it’s still questionable when you see reports of bets like that.

NFL favorites won 10 of 11 games on Sunday, by the way (9-2 ATS). The sportsbooks got crushed on Sunday but they’d already made up for it on Saturday. The Army-Navy game was the 2nd highest bet NCAAF game of the season and Navy’s upset was huge for the house.