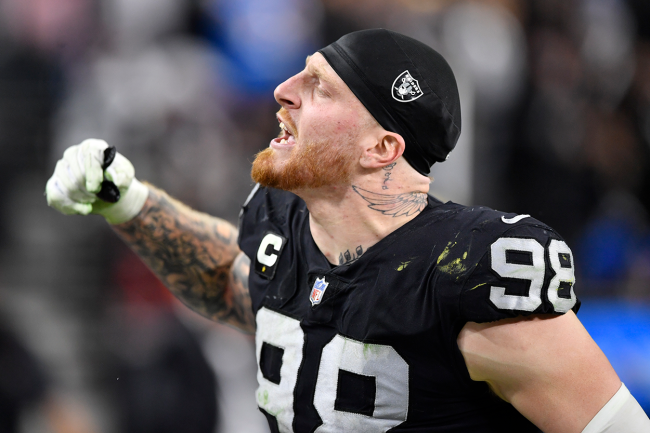 Chandler Jones is one of the most dominant pass-rushers in the NFL. After starting his career with the Patriots as a first-round draft pick and spending time with the Cardinals, he signed with the Raiders during the offseason.

He recently revealed that his defensive end counterpart was a big reason. Jones’ bromance with Maxx Crosby is very, very real and it’s awesome.

32-year-old Jones signed a three-year, $51 million deal with Las Vegas in March. The team is hopeful that his presence on the defensive line will help them to take the next step toward a Super Bowl.

Chandler spoke to the media on Thursday and spoke about his age. He said that there are moments where he sees the 24-year-old Crosby with more spring in his step and that the younger end pushes him to get better and play harder.

In addition, Chandler said that playing with Crosby was one of the “main reasons” he chose to play in Nevada. He gets giddy just talking about him and said Crosby is his boy.

The entire exchange could not be more wholesome, take a look:

Clearly the relationship between Crosby and Jones is very solid off of the field. Will it translate to success on the gridiron?