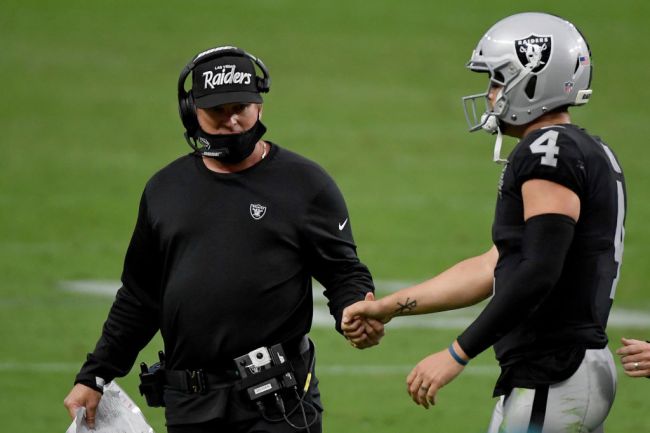 Raiders QB Derek Carr is sticking up for his former coach.

During an appearance on the FOX NFL Sunday pregame show, Carr told Charles Woodson that he wanted people to forgive Gruden for his emails.

Here's the video of Derek Carr's interview with @CharlesWoodson pic.twitter.com/Vexf0F9KTP

Gruden isn’t doesn’t appear to be asking for forgiveness at the moment and told an HBO producer that the “truth will come out” recently.

“Maggie Burbank, who produced the story that we just did on Mark Davis, she actually called Gruden and he picked up the phone, much to I think her surprise,” Kremer said. “And he’s still in Las Vegas. . . . He says he’s letting the dust settle. He said, ‘People who know me know what I stand for 58 years. I have a resume of 58 years.’ He said, ‘The truth will come out.’ It’s certainly cryptic.”