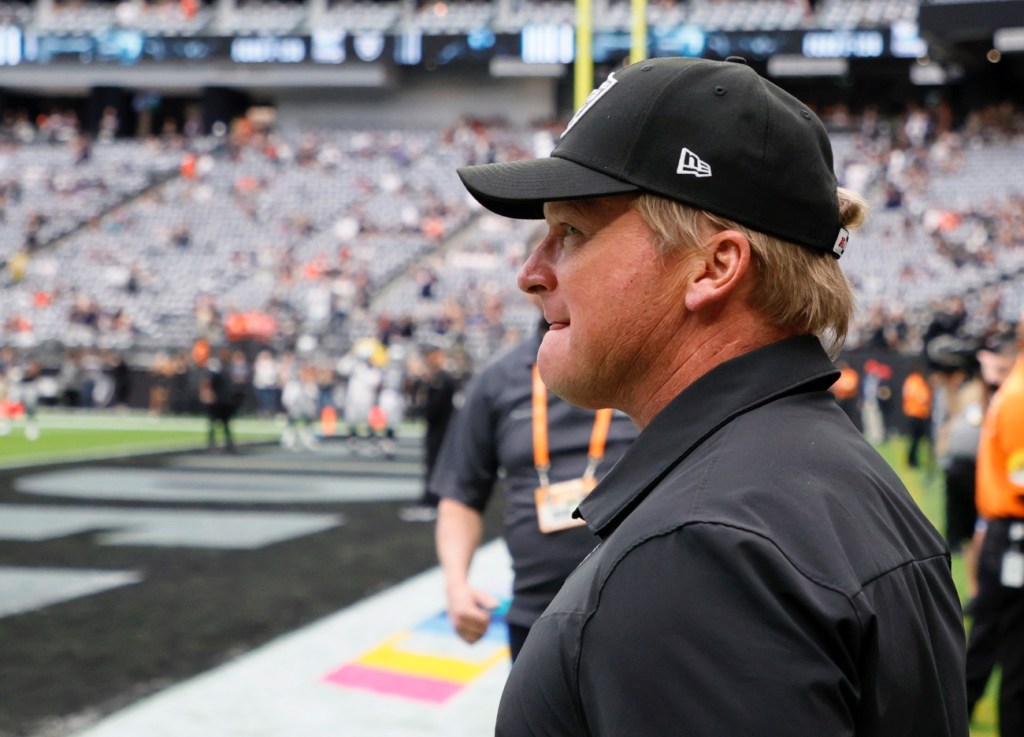 The NFL and former Raiders head coach Jon Gruden still have an ongoing lawsuit. Gruden maintains that he was fired because of a “malicious campaign” to oust him. One lawyer predicts this lawsuit could get so messy it could lead to the ousting of NFL Commissioner Roger Goodell.

Elsewhere in the world of Jon Gruden, former Oakland Raiders punter Marquette King who was fired by the coach in 2017 says he believes he was let go because of hate. King was recently a guest on 95.7 The Game where he opened up about how he was fired by Gruden after he was hired by the Raiders.

As PFT’s Michael David Smith calls it, Marquette King’s ‘fate was sealed’, or so he believes, after Raiders owner Mark Davis hired Jon Gruden to usher in a new era of the team. Here’s what Marquette King had to say and it’s pretty damming…

Marquette King: “As soon as I showed up, Reggie was telling me that Gruden doesn’t want me there. We’re about to let you go, we’re gonna put you on the wire, and it’s gonna hit the news soon. I never met the guy before. I never talked to him. . . . I never got a chance to meet any of them. I never got a chance to talk to any of them. It was just the weirdest thing ever. It actually kind of hurt. It felt like a loss.

Raiders felt like home. That was home. Staying in the bay was home. Wearing those colors, I couldn’t see myself wearing any other colors,” he said. “I honestly should’ve took a year off. I was just so scarred from that, man. Feeling like somebody just has a motive behind just letting you go. I honestly don’t understand. I think it was hate. That’s what I feel like. That’s the only way you can be like that towards somebody if you never met them. I don’t know, some people just got hate in their heart. (via Audacy).”

What are the fans saying about King’s comments?

i mean…..you gonna act like the best you better be the best. too much of a sideshow for a punter. honestly I woulda cut him when he got that 15 yarder for celebrating….like you kick the ball

the most sauciest punter of all time.

No it had to do with him dissing his new head coach in a costume on NFL network.

Then making a music video about kicking chukee ass

Marquette King played 6 seasons with the Oakland Raiders through the 2017 season and was cut when Jon Gruden took over in 2018. King then played one more season with the Denver Broncos, his last in the NFL. He made $12,672,072 over 7 seasons which is pretty darn good for 7 years of work, all things considered.

I haven’t been following the Jon Gruden vs. NFL lawsuit closely enough to know if something like this would ever make its way to the lawyers or if King’s quotes would be used in any way, but it’s interesting to hear.

On the flip side, King himself says he’d basically never met Jon Gruden before. It’s interesting to project those things on someone you’ve never interacted with before. And then you’ve got guys like Warren Sapp who defend Jon Gruden through and through. You can read up on Warren’s comments right here.