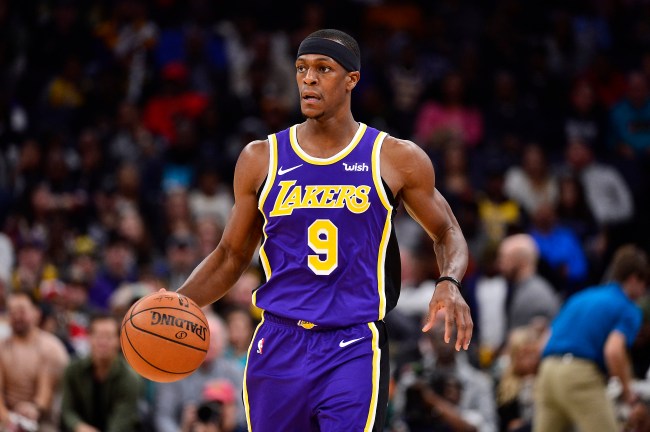 NBA players are starting to make their way inside the Disney Bubble in Orlando, Fl and it seems some them aren’t impressed with their hotel accomodations.

We’ve already seen NBA players complain about the food but now Rajon Rondo took it a step further by trashing his living quarters comparing it to a Motel 6.

Rondo and the Lakers are staying at the Grand Destino Towers inside the Disney resort where rooms start at $400 a night.

poor Rondo, I can’t believe he has to put up with this 😞 https://t.co/IB0JR9n59w pic.twitter.com/KaJtMPJzyl

NBA fans were stunned by Rondo’s reaction to his “substandard” room.

I can’t wait to have money for so long that I think this room sucks https://t.co/iRsy9Db4oR

as someone who has stayed in multiple Motel 6s I would like to clarify that this does not, in fact, look like a Motel 6 https://t.co/Y96wPP6cLX

This is a better ad for Motel 6 than anything Motel 6 could have made https://t.co/1LrLgmJyCC

Rajon really flexing the hyperbole with the “Motel 6” descriptor, huh? I have stayed at a Motel 6. This ain’t it. https://t.co/uSg4m2M1ka

This would be the nicest place I've ever lived. https://t.co/WjQm1rlsrR