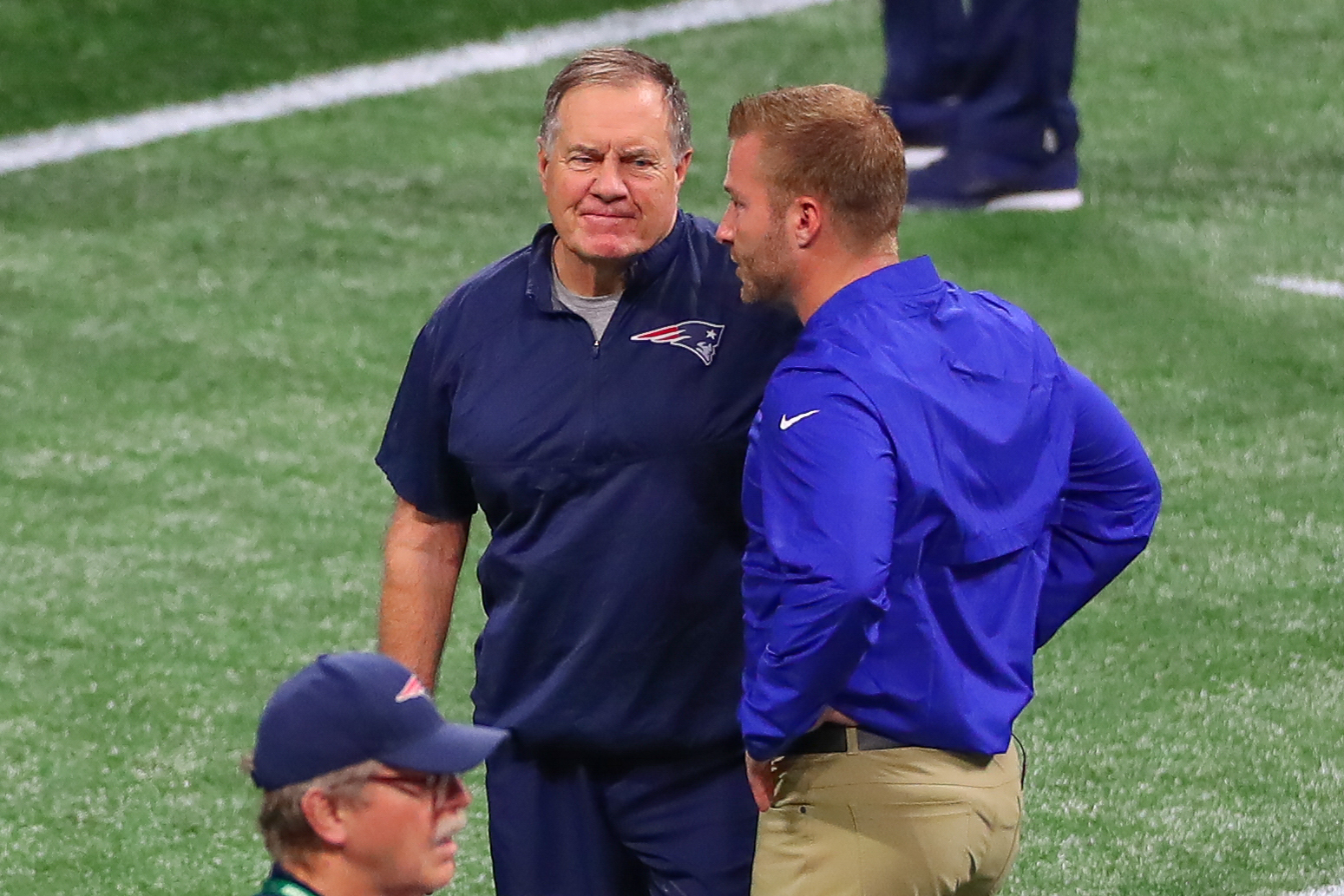 Rams head coach Sean McVay is coming forward to say that he meant no disrespect towards Bill Belichick during the NFL draft.

Sean McVay and Les Snead were talking to us, but they both yelped when they saw Cole Strange go to the Pats on the TV behind us. McVay: “How about that? And to think we wasted our time watching him, thinking he’d be available at 104.”

Rams reaction to Patriots selection of Cole Strange at #29.

Snead addressed the video on Mike Florio’s Pro Football Talk podcast and said McVay reached out to Belichick and Strange to let them know he wasn’t making fun of them.

Via Pro Football Talk
“Because of how that video went viral in fun, that was the chemistry between us and us going through this process trying to evaluate,” Snead said Friday night, “but I know Sean talked to Cole this morning, did talk to Coach Belichick this morning just to say, ‘Hey, we — there was nothing — we really like that player.’ Sean was just jest at myself for, ‘Hey, why did we waste our time on him again?’ And I can say this . . . a long time ago, I forget when it was, but the New England Patriots drafted a guy named Logan Mankins from right up the road in Fresno. He was a left tackle, they moved him inside. About 10 years later, he had a lot of Pro Bowls and Super Bowl.”

McVay also spoke about the video and says he wishes the video wouldn’t have gotten misunderstood like it did.

“I wish that it wouldn’t have gotten misunderstood,” “It was more of a reflection of, I was actually giving Les some, you know, a hard time because when we started watching him, I think we both were in agreement, there’s no way he’d be there because we like the player so much. If there’s anybody that has more respect for Coach Belichick, what he’s done than I do, I’d like to see him, because I have tremendous respect for this profession, for the players that play at this level, and I would never want it to get misunderstood for Cole Strange or the Patriots organization that anything but respect for the player. That was my reaction and any misunderstanding was my fault for the way that I probably communicated that.”