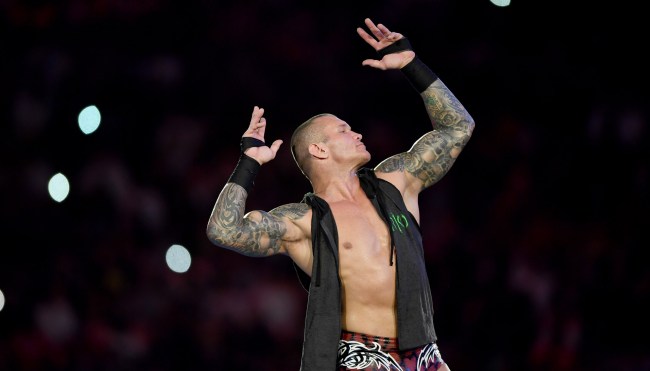 WWE Superstar Randy Orton, a 13-time champion, the youngest world champion in WWE history, and the eighteenth overall WWE Grand Slam Champion, was just minding his own business on Tuesday, getting a little sun and chilling by the water while on vacation in the Maldives, when his wife Kim suddenly appeared and as is internet tradition, RKO’d him right the hell outta nowhere.

Randy also posted it to his Instagram account which elicitied numerous comments from those in and around WWE.

“We have ZERO counters for them. They always go OVAH!” Matt Hardy commented.

“This is so goood!!!” said WWE Hall of Famer Trish Stratus.

Perhaps her RKO outta nowhere was retaliation for Randy doing this…

Whatever the reason, we’ll never get tired of seeing RKO’s outta nowhere, which reminds me… these were so damn good, weren’t they?