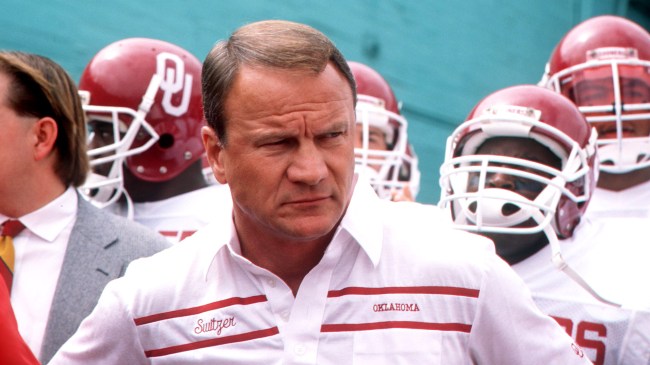 Since the 2019 college football season is mere days from officially kicking off, two different media outlets thought it would be fun to rank the greatest programs in the sport’s 150-year history. Reactions to the two sets of rankings were pretty much what you’d expect.

Of note, on neither list was the University of Texas considered the “mecca” of college football. Sorry, Tom.

The first set of rankings was created by a group of Sports Illustrated writers. They don’t say how they came up with their rankings, nor do they reveal who actually did the voting for their list, but here’s what they came up with for their top 10 greatest programs in college football history.

Naturally, everyone agreed wholeheartedly with the list. Just kidding, many fans hated it.

Tennessee and Penn State are in Top 10. Florida Stare is not.

All of which makes this list really:
A. Dumb
B. Inaccurate
C. All of the above.

So which is it #FSUtwitter

@SInow, whoever made this 🗑 is surely fired by now. This is a Grade A hackjob right here. Unreal. https://t.co/LO3fiBsZCQ

This is laughable. Literally doesn’t say a single good thing about Tennessee and I like his argument for Texas. Texas had 35 more wins that tOSU 10 years ago. https://t.co/q343oyf34L

And this is why I’ve always known SI is the WORST sports media outlet!!!https://t.co/i8U1d2FaoG

OU at 10 is laughable. Texas at 4 with 4 total National Championships is also not good. Have no idea who made this list... but it’s bad.

At least they got Number 1 righthttps://t.co/eJXGBMFzZD

As for the other recent list of the greatest programs in college football history, College Football News used a special formula to determine their rankings.

Taking all the AP final rankings, CFN devised a scoring system giving every AP national champion 25 points, the No. 2 team 24, No. 3 23, and so on down to the bottom – currently No. 25, but the rankings were only a top ten for a bit, and was later a top 20.

According to their calculations, here are the top 25 greatest programs in college football history.

Much like with Sports Illustrated’s rankings, there were a few disagreements.

Oklahoma number one wtf Should be Notre Dame, Michigan,FSU should be the top three.

For a program that only has one shared national title since 1947, I feel Michigan is entirely too high. Top 10? Sure. But ahead of programs like USC and Nebraska? I know it says “all time” but I feel the last 50-60 years when every school was playing should hold more weight.

So… what would your top 5 greatest programs in college football history look like?