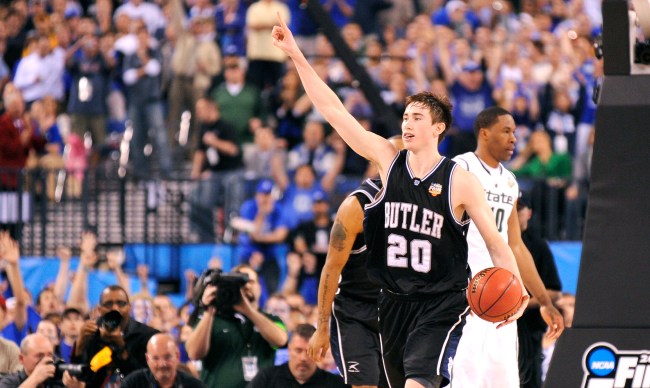 When Gordon Hayward turned down the $34.2 million option, for one season, that he had with the Boston Celtics, after playing in just 125 games out of a possible 236, pretty much everyone who follows the NBA thought he was mad.

Little did we know that the GOAT Michael Jordan had his sights set on pairing Hayward up with his other shiny new acquisition LaMelo Ball and was willing to pay the 6-7 forward who will turn 31 in March an eye-popping $120 million over four years.

And while Celtics fans were very upset with general manager Danny Ainge for letting Hayward walk away with the team receiving zero compensation, perhaps this latest discovery will help soften the blow.

It’s about time we seriously talk about firing Danny Ainge.

Al Horford opts out and goes to Philly.

Kyrie Irving backs out on his commitment and goes to Brooklyn.

And now Gordon Hayward’s gone for nothing.

Something is clearly wrong in Boston. Who’s fault is it? #Celtics

It would seem that while he was attending Butler University, Hayward had designs on a potential career in rap. It’s not great.

“I know damn well the people who help recorded this hyped this man up like it was good 😭😭,” wrote one listener.

“Glad he stuck to basketball,” commented another.

“Yall wrong for posting this 😂,” someone else joked.

“He getting $120 mil he don’t care about this no more,” another very aptly pointed out.

Actually, when all is said and done, if he fulfills all the requirements of his four-year deal with the Charlotte Hornets, Hayward will have earned almost $300 MILLION in his NBA career.

Not bad for a two-time all-state high school tennis player from Brownsburg, Indiana.