Rapper 50 Cent Under Fire For Using Michael K. Williams’ Death To Promote His Show And Liquor Brand On Instagram 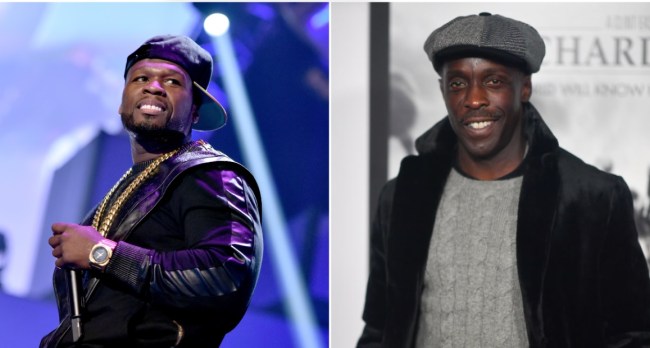 On Monday afternoon, the NY Post reported that the actor best known for his role in HBO’s The Wire was found dead in his Brooklyn penthouse of a suspected drug overdose.

Williams, 54, was discovered unconscious in the dining room of his luxury Williamsburg pad with what appeared to be heroin on the kitchen table, sources said.

The acclaimed actor’s nephew found him a little before 2 p.m., and someone called cops to the address at 440 Kent Ave., saying there was a man there who was “unresponsive” and “feels cold,” sources said.

Williams was pronounced dead by authorities at 2:12 p.m., sources said — adding that it appeared the TV star had fatally OD’d.

While talking about Williams’ death on Instagram, 50 Cent told people to check out his show Raising Kanan to see the dangers of Fentanyl overdoses and went on to use the hashtags #bransoncognac #lecheminduroi #bottlerover to promote his liquor brand.

People were not thrilled that 50 Cent was using Williams’ death to promote his show and liquor brand and blasted him for it.

50 Cent is outta pocket too many times but because it’s him we let it slide.

Using someone’s death to promote your show hours after it’s been announced is so wild.

Cue the generic post and delete followed by a public apology within the next several hours.

50 cent is a literally psychopath he has no emotion, no empathy

I do not understand 50 cent? How many times has he gotten away w shit like this ?? pic.twitter.com/KFYKxUCh2j

Idc what anyone says, using someone’s tragic & untimely death to promote your own show with an insensitive ass caption is VILE. 50 Cent has always been ignorant, but this is crossing the line. pic.twitter.com/yeOQxZYbn1