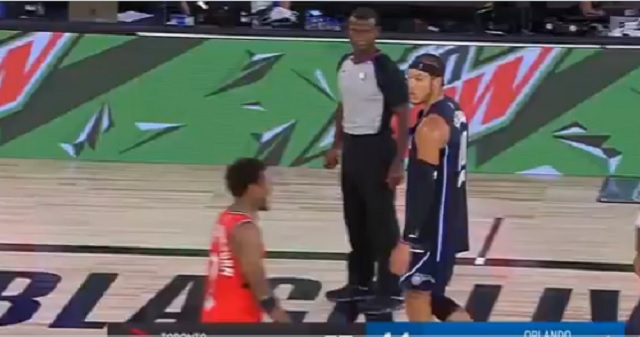 Things got a little bit heated inside the NBA bubble between Aaron Gordon and Kyle Lowry.

During the Magic’s game against the Raptors on Wednesday, Lowry fouled Gordon hard at the rim in a play that many viewed as being dirty.

Gordon, who was forced to leave the game with a hamstring injury on the play, was not happy with Lowry and confronted the Raptors guard while headed to the bench.

Lowry didn’t back down and gave Gordon his hotel room number if he wanted to settle things later.