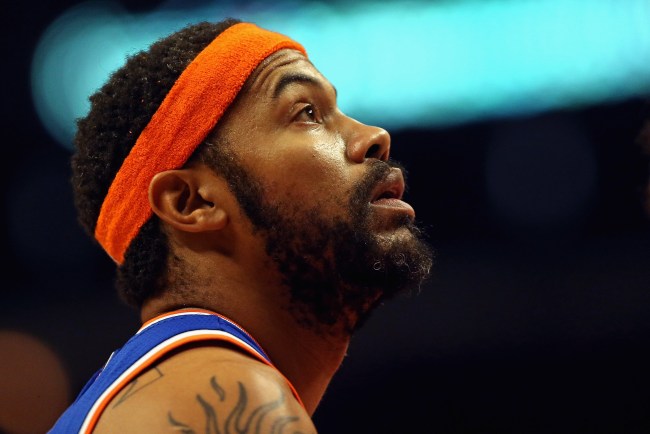 While he’s not going to go down in history as one of the best basketball players of all time, Rasheed Wallace is easily one of my favorite players to ever step onto the court for more reasons than I can count.

The perpetual trash-talker once set the NBA record for the most technical fouls in a single season—averaging over one per game during his 2000-2001 campaign with the Trailblazers—and is widely credited with coining the term “Ball don’t lie,” a phrase he had a tendency to utter whenever an opponent missed a free throw after a questionable foul call.

After retiring following a stint with the Celtics, Wallace would eventually return to the NBA and played his final season with the Knicks before officially bowing out. He’d eventually sign a contract with the Pistons in 2013 to serve as an assistant coach but only lasted a season after Stan Van Gundy took control of the team.

It’s been a while since we’ve heard from Rasheed but I’m happy to inform you that he’s once again decided to come out of retirement in order to become the head basketball coach at Jordan High School in Durham, North Carolina.

The 44-year-old first made a name for himself at the University of North Carolina, which is a short drive away from Durham, and according to The Wilson Times, Shelba Levins—the director of athletics at the high school—is hoping he can help turn things around after the team had an underwhelming season this year:

“This is a special day for Jordan High School and our athletic department.

When we seek leaders for our athletic programs, there are several different types of criteria that are important.

We want coaches who can provide both knowledge and leadership with an ability to mentor our student-athletes as they cross the bridge from adolescence to the early stages of adulthood.”

I’m not sure if the guy who was ejected more than any player in NBA history is necessarily the best role model out there but I’m just glad to know Wallace has made a (somewhat) triumphant return.