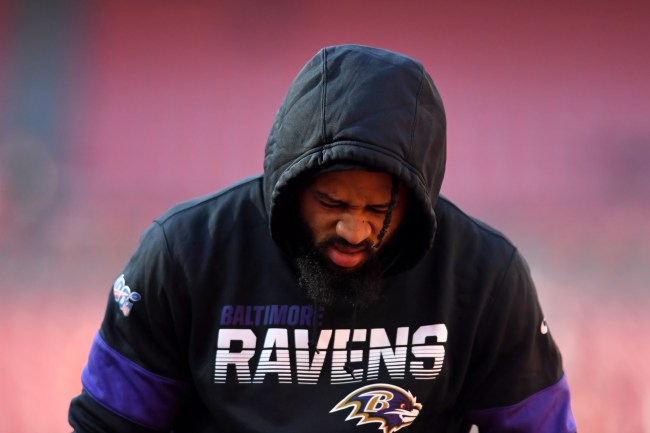 Earl Thomas could be on his way out of Baltimore.

On Friday, Thomas was involved in a heated on-field argument with teammate Chuck Clark that led to the veteran safety to be sent home by the team.

The incident between Thomas and Clark was sparked by a missed assignment by Thomas, a source said. Thomas and Clark yelled at each other on the sideline and had to be restrained by teammates and coaches. Thomas put up his fists at one point.

#Ravens star safety Earl Thomas was sent home from the facility Friday following a fight with teammate Chuck Clark, per sources. A situation to monitor.

Apparently Thomas is not well-liked by his teammates and the team’s’ leadership council is advocating for the Ravens to cut him.

As we spoke about on air, there is mounting frustration among @Ravens DBs about Earl Thomas being more punctual and focused, not freelancing, etc. Which was behind today's skirmish. Some vets think DeShon Elliott merits more reps. Thomas not the most popular guy there.

Also continue to hear @Ravens players have voiced strong support for DeShon Elliott as a rising safety should Earl Thomas be let go and players there also love free agent safety Tony Jefferson, who is almost all the way from 2019 season ending surgery. So options abound

Thomas currently has a $10 million guaranteed contract for this season but it can be voided if he’s suspended for the altercation with Clark.

Thomas has a fully-guaranteed salary of $10 million in 2020. But this doesn’t mean he’s untouchable. PFT has obtained a copy of his contract, and it’s clear that the guarantee for 2020 evaporates if he’s suspended by the Ravens for conduct detrimental to the team.

It’s hardly a foolproof plan; Thomas would fight any such suspension, and the Ravens would have to show that they’ve taken all proper steps to lay the foundation for the suspension, consistent with past practices and other relevant circumstances that would allow the move to be upheld in arbitration. Lose, and the Ravens would owe him the $10 million. Win, and they save both cash and cap space in that amount.

The Ravens have a decision to make with Thomas and it doesn’t seem like an easy one at the moment.