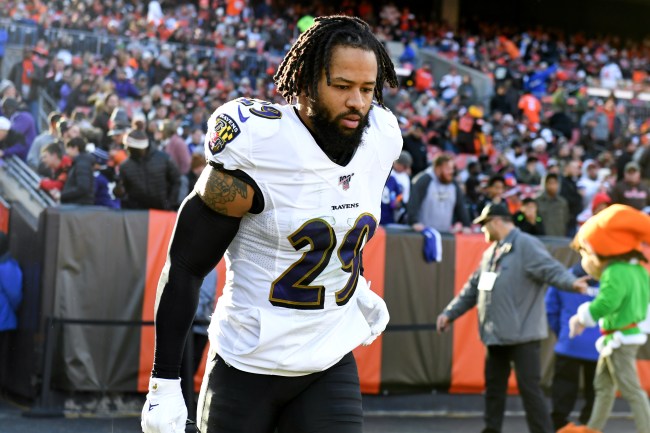 Ravens’ safety Earl Thomas wants to clear his name after reports indicated that he started a fight with a teammate on Friday during practice.

On Saturday morning it was revealed Thomas was sent home from training camp after getting involved in a heated on-field argument with teammate Chuck Clark.

The incident between Thomas and Clark was sparked by a missed assignment by Thomas, a source said. Thomas and Clark yelled at each other on the sideline and had to be restrained by teammates and coaches. Thomas put up his fists at one point.

Thomas went on to post a video of the play that led to the altercation on Instagram. According to Thomas, he made a mistake on the play and his teammate Chuck Clark overreacted to the busted coverage which led to the fight between the two.

“Being sent home sucks I can’t take the reps I need to keep momentum going .. but I can reflect on things and keep working my plan to help the team win… This has been one of of my best camps crazy a situation like this can through dirt on it,” Thomas said. “A mental error on my part .. A Busted coverage that I tried to explain calmly meet with built up aggression turned into me getting into with a teammate.”

“Since we didn’t keep it in house and I’m getting text and calls from ESPN reporters etc: thought I’d try and clear the air,” Thomas said. “Situations like this narrow my window for error but this the path I choose.”

Following the altercation, it has been reported that the leadership council of the Ravens want the team to part ways with the veteran safety.