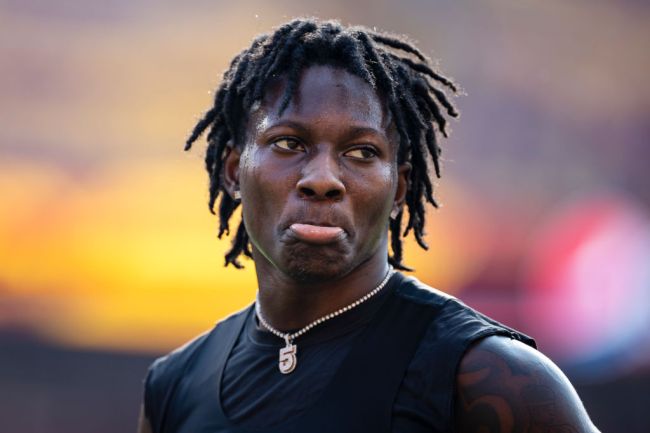 Baltimore’s Marquise ‘Hollywood’ Brown had a huge game on Sunday night. The 24-year-old, third-year wide receiver out of Oklahoma recorded six catches for 113 yards and a touchdown.

As it would turn out, he had a little bit of extra motivation to ball out on the biggest stage. According to WAGS Unfiltered, an online celebrity watchdog, Brown had not one, but two girlfriends in attendance.

“Let’s kick things off with something light. Allegedly Hollywood Pimp Daddy Brown had two women at the same game. Okay, aint nun but a lil bit of competition,” the account said in an Instagram post. 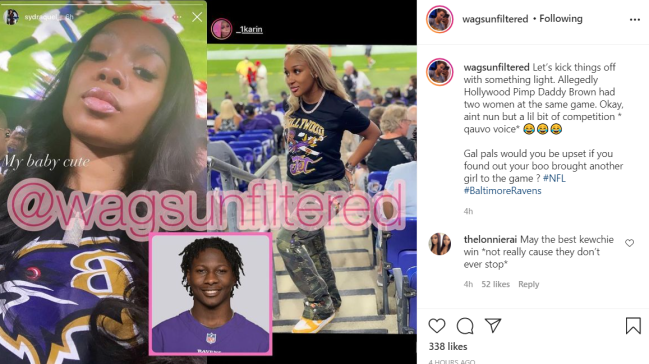 Now, it is unclear as to who WAGS is, but the account has broken a few pretty major stories in the past. This, of course, is nothing ground-shattering, but it’s pretty hilarious and the math adds up.

While the relationship between Brown and either of these two women is unknown, it certainly looks like they were both at the game for Brown and Brown only. Perhaps they were cleat-chasers, perhaps they had a relationship of some capacity with the Ravens pass-catcher, perhaps it’s a little bit of both.

Either way, one of the girls, @sydraquel_, posted a selfie at the game with the caption “My baby cute.”

The other, @_1karin, was wearing a ‘Hollywood’ t-shirt at the game.

She posted a few photos of herself at M&T Bank Stadium and one of them was of Brown’s touchdown in the third quarter. 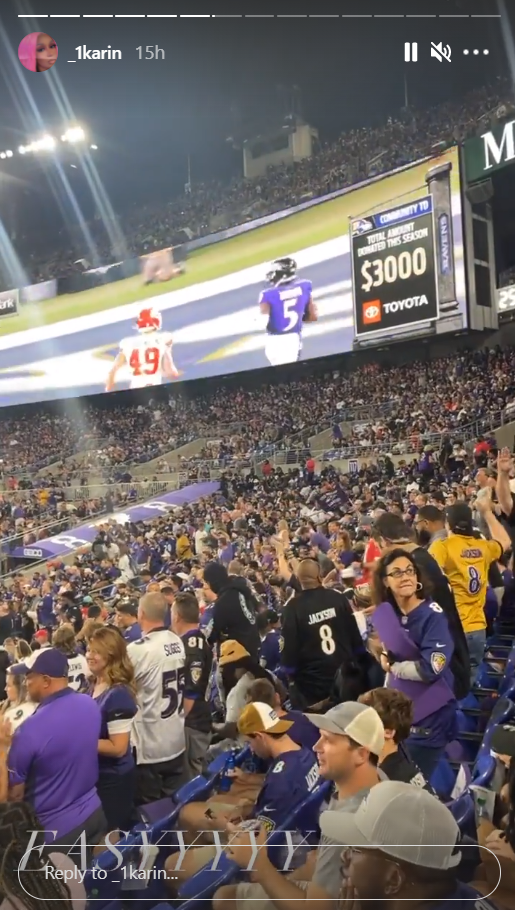 Again, this doesn’t mean that Brown undeniably had two girls in attendance.

However, Karin lists her address as Miami, FL. Brown grew up outside of The Magic City and frequents home fairly often.

For Karin to travel to Baltimore for a Sunday night game between the Ravens and Chiefs without extra motivation seems unlikely. Especially considering the fact that the Ravens travel to Miami for a game against the Dolphins on November 11.

If she was just trying to flex, she could have waited a few months.

There are so many questions here that are left unanswered, but hey, Brown is living his best life.