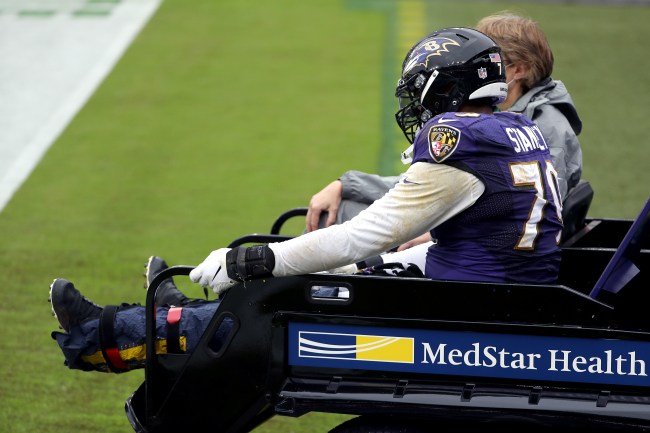 The Baltimore Ravens got some terrible news on Sunday.

#Ravens coach John Harbaugh announces that LT Ronnie Stanley is out for the season with a “severe ankle injury.” Just brutal.

Here’s the video of the injury.