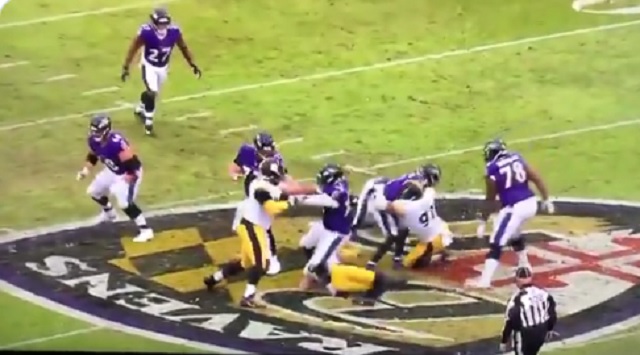 The Ravens suffered a brutal loss on Sunday when offensive lineman Ronnie Stanley went down with a serious-looking injury.

Just two days ago, Stanley become one of the highest paid offensive lineman when he signed a massive 5-year $99 million contract extension.

During the second quarter of the Ravens-Steelers game, Stanley was carted off the field after sustaining a devastating leg injury.

Ravens’ LT Ronnie Stanley, who signed his new deal last week, has been carted off the field with an apparent leg injury.

Ronnie Stanley gets loaded onto the cart as the Ravens wish him well. pic.twitter.com/RctqNJyeHd

Update: He’s out for the season.

#Ravens coach John Harbaugh announces that LT Ronnie Stanley is out for the season with a “severe ankle injury.” Just brutal.