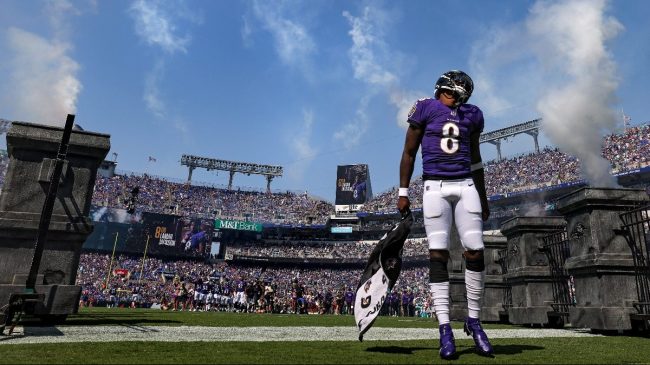 The Baltimore Ravens have some serious questions that need answering. With the rushing attack and defense looking mediocre, the front office and coaching staff are acting swiftly. In an attempt to give Lamar Jackson the help he needs, the franchise made a move to sign a former Super Bowl-winning pass rusher.

According to Josina Anders, Jason Pierre-Paul texted her saying, “I’m joining the Ravens as of today.” This is a rather big signing for Baltimore. The secondary has been playing poorly while the pass-rushing core is depleted with injury. Having Pierre-Paul in the lineup should improve the defense, thus, helping Lamar Jackson.

It’s no question that Jackson is the best player on the Ravens. Frankly, they should highly consider giving him the contract he’s been asking for. But that’s a different conversation for another time. It sounds like Jason Pierre-Paul has signed a one-year deal, so we should see him on the field throughout the remainder of the season, per Ian Rapoport.

It's a 1-year for JPP, who visited Baltimore twice and now lands there officially. https://t.co/1IRmXH1IGY

The AFC North is a wide-open race right now. With the Pittsburgh Steelers struggling on offense, the Cincinnati Bengals struggling in general, and the Cleveland Browns receiving karma for signing Deshaun Watson, the Ravens have a real shot at taking over the division. We’ll see how it plays out, but adding a former Super Bowl winner to the defensive line should improve the defensive play for this team.

If not, then maybe Lamar Jackson should consider playing cornerback as well.