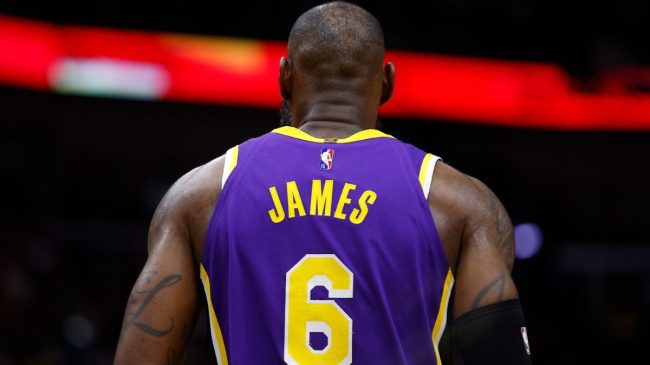 The debate over who the top NBA player of all time is a heated one. Depending on who you talk to, the answer comes down to either Michael Jordan or LeBron James. These opinions often come from fans of different generations that grew up watching two different brands of basketball.

The MJ generation notes his utter dominance in the NBA, his six championships, and 10 scoring titles with the Bulls. LeBron’s supporters look to his ability to win in different settings while contributing with points, boards, assists, and defense. All while facing NBA opponents that have only become more athletic.

Both have a case, but fans might’ve just gotten the best opinion on the topic yet.

Former NBA guard Ray Allen, who played with both Jordan and LeBron, weighed in on the subject. Though he played and won a title alongside James in Miami, Allen is taking Jordan as the hands-down GOAT.

In a video clip floating around social media, Ray Allen is seen in an argument with a fan about whether LeBron James should be considered the best hooper ever.

He quickly shut the argument down.

Ray Allen making the case for why LeBron isn't the GOAT 🧐

The youngster declares LBJ to be the best of all time, saying he can score and pass. Allen then digs deeper into LeBron’s qualifications, asking the fan a number of follow up questions.

The answer to each question was, “no,” which led Allen to make his point.

“So, you’re saying he’s the GOAT and he ain’t even great in all of them categories.”

Allen says that Jordan is great in every facet of the game, maybe changing the mind of this young LBJ supporter.

Related: This 25-second clip all but ends the MJ/LeBron debate