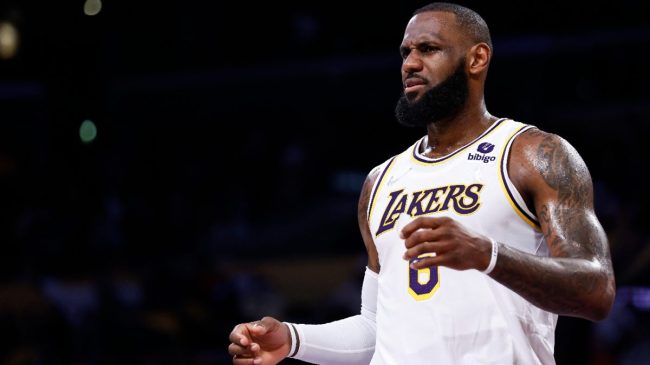 There’s been an ongoing debate as to who the greatest player in the history of the NBA is, and it centers around two superstars.

Those names are Michael Jordan and LeBron James.

Jordan wins over the older crowd, with many believing he’d put up ungodly numbers in today’s league with rules so skewed to offense.

Others see LeBron as the NBA’s eventual all-time leading scorer, outpacing Jordan’s career total 36,638 to 32, 292. His size and athleticism made him nearly un-guardable in his prime.

Of course, then you’d have to throw in the fact that Jordan took time off to play baseball, resulting in a 4,500-game difference in career games played. Jordan is the highest scoring player ever in terms of points per game at 30.1 a night.

Oh, and did we mention the rings?

It’s not often that we get a clear-cut comparison of the top two players in a given league. And for that reason, this debate often gets heated amongst differing opinions.

In baseball, for example, many may consider Pete Rose to be the best ever. Or Barry Bonds. What about Babe Ruth? This list goes on.

In football, we know that Tom Brady is the greatest quarterback of all time, but is he the best player? Barry Sanders, Walter Payton, Jerry Rice, and Jim Brown might like a word.

But in the NBA, there are just two candidates when deciding the GOAT.

At least there were until this 25-second clip of LeBron James surfaced this week.

The Lakers have struggled this year, limping out to a 27-34 overall record. They’ve lost two straight games, putting their playoffs hopes in doubt.

The team’s effort has been questioned by both fans and media. Russell Westbrook said, himself, that the key to making a late season run was simply playing harder. This came after the team was booed loudly in a 28-point loss to the Pelicans over the weekend.

But it doesn’t look like that message has gotten through to James.

This clip of his lackluster play has been circulating around social media, and it surely gives the impression that he only cares about the game when the ball is in his hands.

James is seen fighting for position in the paint, but when he doesn’t get the ball, his demeanor drops. He doesn’t even attempt to box out on a missed shot attempt, then, following a teammate’s offensive rebound and ensuing miss, James slowly jogs down the court.

The result of the lack of hustle was a Mavericks’ run-out that ended in an easy slam dunk and “And-1” opportunity.

Michael Jordan supporters quickly took to Twitter to give their two cents.

It’s just downright disrespectful to even mention this dudes name in the same sentence as MJ.

This is why lebron aint the goat lmao. You can’t look at this chip and say he the goat. Mj would never

Most overrated player in the league, doesn't even come close to the goat conversation

You can’t ever call him the greatest of all time, I’m sorry but no

Man. Unacceptable body language and effort. I don’t wanna be that guy but Jordan would never. Kobe would NEVER. https://t.co/u59uhNfiBl

Your “greatest player of all time” ladies and gentlemen https://t.co/KtknQX2I2g

Does this change your opinion?