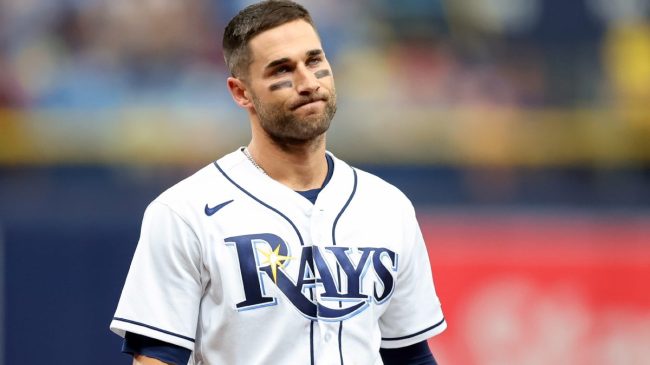 The matchup between the A’s and Rays brought us one of baseball’s small delights. A Little League home run.

In the top half of the second inning, Oakland outfielder Cristian Pache stepped to the plate with a pair of runners on base. The nine-hole hitter then roped a groundball single up the middle of the infield.

The play looked to be your routine RBI single at the start, but it finished far from it.

Left fielder Randy Arozarena tried to cut the ball off, making a sliding attempt at the baseball. Instead, he kicked the ball past teammate Kevin Kiermaier, with the momentum taking it all the way to the centerfield fence.

Kiermaier ran it down, but he bobbled his first attempt to pick up the ball. By the time his throw got into the cutoff man, Pache had rounded the bases.

Instead of a 1-0 deficit, the Rays found themselves down by three runs. Making things much worse, there were already two outs in the inning. The damage could’ve been limited as the next batter up quickly struck out on three straight pitches.

Oakland would go on to win the game by a score of 6-3, with a large thanks to that inside-the-park home run.

In the scorebooks, this one goes down as an RBI single for Pache, as well as an E7 for Arozarena. But it’s definitely a homer in our eyes.