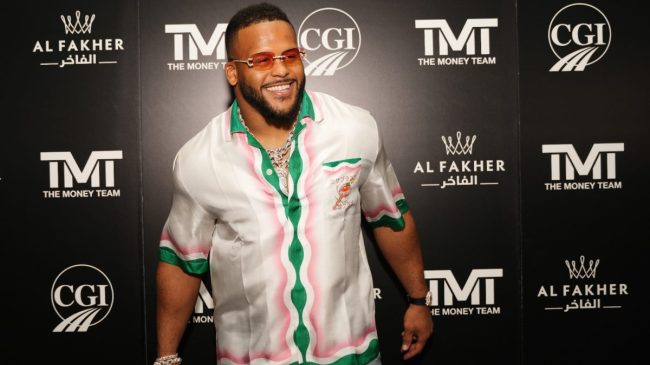 NFL superstar Aaron Donald made headlines over the weekend after he announced that he’s signed a deal with Donda Sports. The company, formed by rap sensation Kanye West and former NFL wide receiver Antonio Brown, markets brands and represent athletes.

Donald announced the news on an episode of I Am Athlete, saying the following.

“It was an opportunity that came to us, me and [my wife], and it made sense. Hearing the whole spectrum of what they were going to be bringing, the whole family atmosphere that they got in Donda Sports. Not just me, but my wife being a part of that. For me, it was a no-brainer.

“I think it’s a helluva opportunity to open up a lot of different doors and a lot of different things outside of football that I wanna be involved in, that I wanna do, that my wife wanna do. So to be a part of that, and be one of the best first athletes to be a part of that, it’s pretty dope. We’re excited about it, and we’re gonna see where this thing goes.

The signing wasn’t the only thing announced in the interview. Donald also teased a cleat release in partnership with Donda Sports.

“Ain’t nothing in full circle, but we’ve been talking. We got a lot of different things that are planned.”

Fans and media were quick to react on social media.

Let it be known @kanyewest https://t.co/gjxpVuwnmD

Of course, not everyone was sold on the partnership. Both Brown and West have made headlines for their questionable decision making in the past.

We’ll have to wait a little longer to see Donald’s cleat design, but this is big news in the world of sports and apparel.