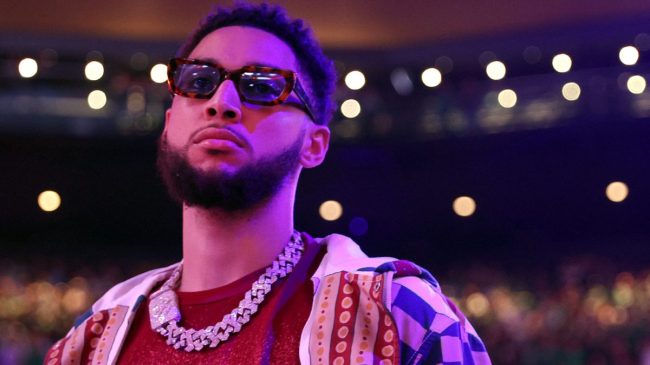 Things are getting even weirder in Brooklyn as an offseason full of drama continues.

First, the team dealt with a daily back and forth with star guard Kyrie Irving regarding his future with the Nets. They eventually got Irving to sign his player option for the upcoming season.

They may not be as lucky with Kevin Durant, who’s also expressing his dissatisfaction with the front office. He’s now gotten to the point of handing the organization an ultimatum, making the Nets pick either him or head coach Steve Nash.

As if that wasn’t enough, now a player whose status with the team is solidified is being dragged into the drama.

Ben Simmons, who the team traded for last season, was widely criticized for his sitting out Game 4 of last year’s playoffs. This came with the Nets down 3-0 in the series to the Celtics, with reports surfacing that the forward would finally make his debut in Brooklyn.

Instead, he remained on the sidelines. The Nets got swept and Simmons never played a minute for the team, sitting out the entire year after being traded from Philadelphia.

It appears the way Simmons let the team know he wasn’t playing in that matchup irked teammates.

Fox Sports analyst Ric Bucher appeared on The Herd to discuss the disfunction in Brooklyn. He says that Ben Simmons unexpectedly left the team’s group chat when asked about playing in Game 4 of their postseason series with Boston.

Following a Game 3 loss vs Boston, the Nets players asked Ben Simmons in a group chat if he was ready to play in Game 4. Ben Simmons did not answer the question and proceeded to leave the chat, per @RicBucher on @TheHerd.

Maybe that’s what KD was talking about when speaking on the direction of the organization. Simmons surely didn’t win anyone over with the decision to leave the chat.

It will be interesting to see if this carries over in the 2022 season and whether it will impact the team dynamic. Or, hey, maybe the Nets will decide to dump everyone and leave the drama behind.