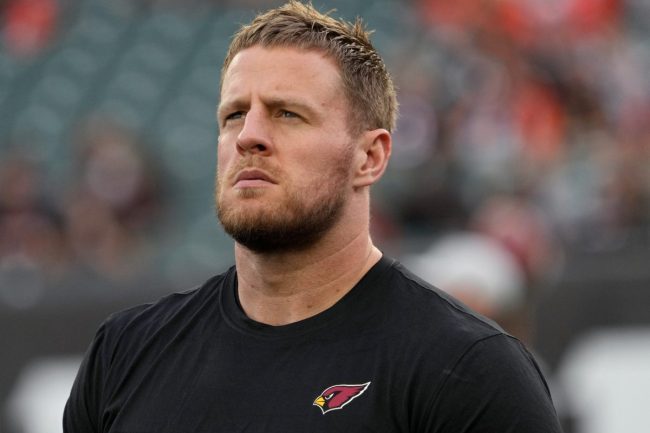 JJ Watt found an unwanted visitor in his home over the weekend, and it has many NFL fans telling him to request a trade from Arizona.

The star defensive lineman posted on social media that there was a rattlesnake in his bathroom. He quickly asked followers what his next steps should be.

“Alright Arizona, this is a new one for me… I’ve got a baby rattlesnake in my bathroom. What do I do?”

Watt played his first season with the Cardinals last year, racking up 16 tackles and a sack before going down with an injury. Prior to that, he’d spent a decade in Houston.

With his time in the Arizona desert just beginning, he’s obviously still adjusting to the change in lifestyle. He says that this is a first for him, apparently never having had a snake intrude his homes in Texas.

While Watt was attempting to find instruction on how to remove the snake from his bathroom, many fans gave him a more permanent solution to his newfound problem.

NFL fans didn’t let Watt know how to get rid of the snake. Instead, they had a better solution; leave Arizona.

Rather than trying to get the rattlesnake to leave the house, Twitter users said that it was Watt who should be leaving the premises. Take a look at the immediate reaction on social media.

Fans of opposing teams would welcome the defender with open arms. There aren’t any rattlesnakes in Pittsburgh, where JJ’s younger brother, TJ, is a star pass rusher.

Sell the house, move back to Houston and play for the Texans again? Less of a chance of bathroom rattlers here.

Watt likely won’t go to those extremes, but we hope he gets the snake out safely. We’ll update this situation as new information becomes available.