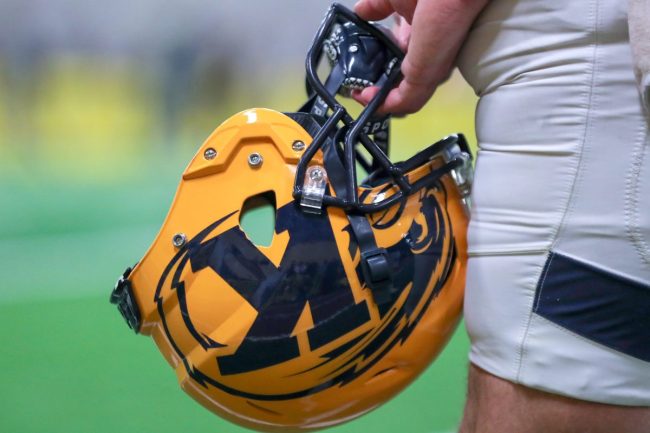 The Kent State football team will face an uphill battle in its non-conference schedule next season. The Golden Flashes have the toughest OOC slate in the nation.

KSU is a member of the MAC, a league that generally schedules pretty tough across the board. They’ve been one of the better representatives, too, having gone 9-4 against MAC competition over the last two seasons.

The league isn’t competing for national championships, so the non-conference schedule isn’t quite as important. Being a Group of Five program, the out of conference dates typically land the school a payday.

But there has to be an easier way to earn a paycheck than this.

The Golden Flashes will travel to face Washington, Georgia, and Oklahoma, all before the month of October. That’s a pair of top 10 powers and a typical PAC-12 contender. Not to mention the Bulldogs are the reigning national champions.

It’s easily the top OOC slate in the country and will result in a $5.2M payday come season’s end.

Here’s what ESPN had to say about the brutal month of September.

I’ll say this for Kent State: The Golden Flashes ain’t scared. They play road games at Washington, Oklahoma and Georgia — all in the month of September… Thank goodness for guaranteed payouts. Kent State will pocket $5.2 million to weather that September gauntlet.

The money will be a nice consolation prize for the three expected defeats, but many fans are asking one question. Is it worth it?

Fans are asking how important that money really is after seeing this murderer’s row of matchups.

POV: Kent State in three of those games pic.twitter.com/hgsU20f0l8

They likely won’t care after cashing the checks.

And maybe there’s a method to the madness…

We’ll see how it goes for the Flashes against these three heavyweights.