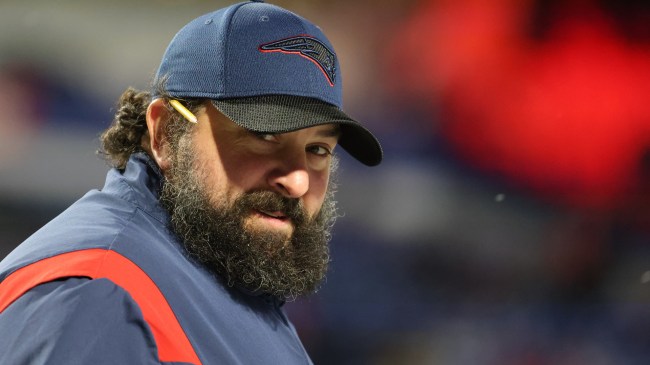 The Patriots could be zeroing in on an offensive play caller for the 2022 NFL season.

New England lost former OC Josh McDaniels, who will now take over head coaching duties for the Las Vegas Raiders. The vacancy has been open for some time, and with the season continuing to creep closer, a top candidate could be coming more apparent.

Jeff Howe of The Athletic reports that former Detroit Lions’ head coach Matt Patricia is “trending” to take over play calling duties for the upcoming season.

Patricia is no new name to fans in New England. He was previously on staff as a defensive coordinator from 2012-2017. He was on staff for 15 seasons before taking that gig in Detroit, overseeing the offensive line, safeties, and linebackers at various points in his career.

Patricia’s stint as a head coach didn’t turn out how he’d hoped. Over three seasons with the Lions, his teams posted a 13-29-1 overall record. He was fired midway through year three following a 4-7 start to the campaign.

He found his way back on staff in New England in 2021 as an analyst, and it appears that his duties could grow next year.

The news of Patricia’s potential play calling responsibilities is making its rounds on social media.

The reviews were mixed following reports that Patricia could take over offensive play calling duties. Many looked to his time in Detroit as a failure with now Super Bowl champion quarterback Matt Stafford. There is no shortage of skeptics to his abilities as a coordinator.

Matt Patricia’s last QB was sub.500 for 3 years with him and won a Super Bowl immediately after leaving him. https://t.co/iDENJGaMB0

The Pats allowed 41 points to backup QB Nick Foles and lost despite Tom Brady leading the offense to 0 Punts and 33 points with 3 TDs, 0 INTs and 115 QB Rating.

Others, though, could see it working out. Many of Patricia’s defenses thrived under the former DC. Maybe he can do the same for the offensive side of the ball.

No problems with Matt Patricia dialing up plays for the Patriots under one condition: He must finally use the pencil pinned behind his ear for something. Anything.

Seems that Matt Patricia is the leading candidate to call plays on offense for the #Patriots. This should be interesting

It will be interesting to see how this plays out for Patricia and the Pats if he does indeed land the play calling role.