Shai Gilgeous-Alexander’s “I’M HIM” Reaction After Clutch Shot Is The New “Who Do You Think You Are? I Am!” Celebration 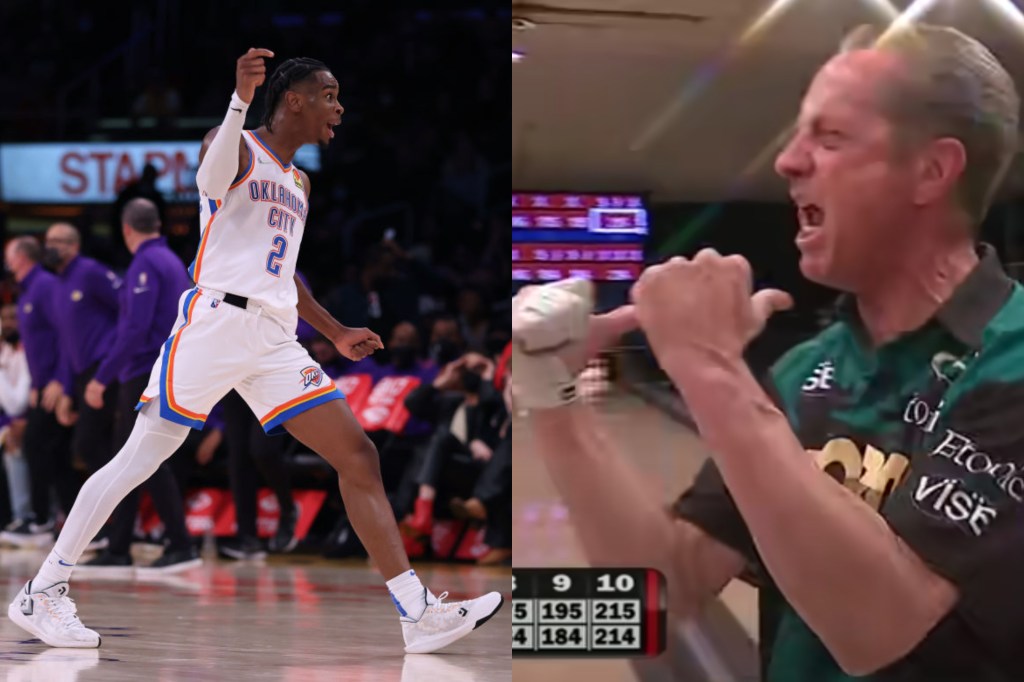 Shai Gilgeous-Alexander was that dude in Thursday night’s slate of NBA games. He had 28 points and 6 assists in Oklahoma City’s 107-104 road win against the Los Angeles Lakers at the Staples Center.

SGA and the OKC Thunder were up on the Lakers 98-95 with just 1 minute and 20 seconds left in the 4th quarter and Shai pulled up from the Lakers logo at center court and drained a 3-pointer to give his team a 6-point cushion they wouldn’t relinquish.

The shot from Shai Gilgeous-Alexander was CLUTCH but his reaction was even better. He nailed the shot and then cried out “I’m him” while beating his chest. This was eerily reminiscent of the infamous professional bowling celebration from Pete Weber who once yelled the inexplicable phrase “who do you think you are? I am!”

Here’s the Shai Gilgeous-Alexander “I’m him!” sequence and celebration. After the game, he explained why he was pumping his arms and celebrating (Twitter reactions below as well):

Pretty sure Shai yelled out "I'm him." pic.twitter.com/VGI5AsCWIM

Here’s another angle of that sick shot:

Here is Pete Weber’s infamous “who do you think you are?” celebration:

After the game, Joe Mussatto of The Oklahoman asked Shai what was going through his head at that moment. Here’s what he had to say:

Thunder’s Shai Gilgeous-Alexander on his clutch logo three to beat Lakers: “I just felt it. I usually don’t shoot that shot in game. It’s something I practice… It wasn’t like a crazy shot to me. I felt good when I shot it.” pic.twitter.com/b6uoDyfimU

Let’s go to LeBron James for a reaction:

NBA fans had some other choice reactions to the shot and celebration:

Wrong. We all saw what he said.

He actually said he has no clue what he said lol. He was just hype hahaha