A.I.R. Is The Skydiving Equivalent Of H.O.R.S.E. And It’s Absolutely Bonkers 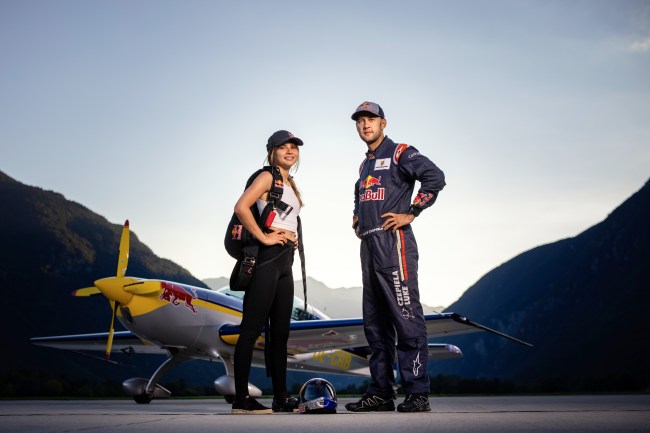 Have you ever stepped out onto the blacktop for a game of H.O.R.S.E. with your friends and thought “how can we take this to the extreme?” Well, Polish skydiving star Maja Kuczyńska and race pilot Lukasz Czepiela did. They put their own spin on a basketball (or skateboarding, if you prefer S.K.A.T.E.) classic to create an unbelievable aerial competition called Game of A.I.R. with help from Red Bull.

“When I was thinking about what I could do mid-air to resemble a plane flight, I came up with frontflips, backflips and similar figures. Luke immediately thought of flatspins. And when we met, we were only talking about how to do it and whether it would really work out,” said Kuczyńska.

It ended up working out and the concept is simple: one sets a trick for the other to complete, and each mistake results in a letter. The first to spell A.I.R. loses. The two met up in Bovec, Slovenia, where skydiving conditions were perfect and the mountainous backdrop is stunning. 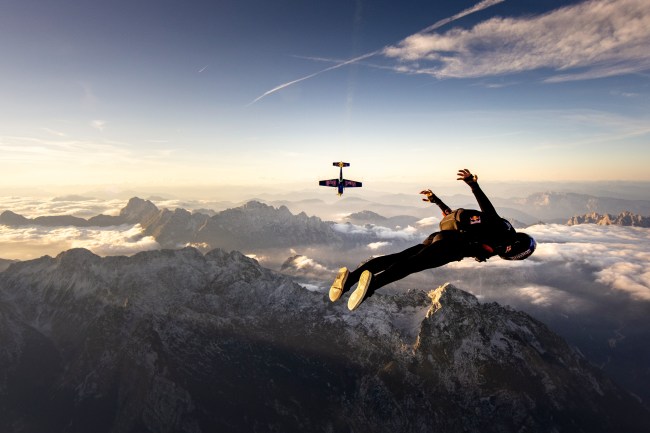 It took multiple jumps to complete the video, so Kuczyńska spent the day jumping out of a Pilatus PC-6 plane with just a skydiving suit and a parachute, while Czepiela simultaneously performed spectacular aerobatics alongside her in his Extra 300 plane. That’s not easy to do, considering the fact that a human free falls straight down, while a plane is not intended to fly in that same way.

“The most difficult part was flying around Maja,” says Czepiela. “My plane was flying almost vertically down. I was in a very deep spiral, plunging at a consistently growing speed. Considering the increasing G-force, it was really hard physical work for me.”

The video is absolutely wild:

The fact that Czepiela can make Kuczyńska’s trick look easy is impressive. They’re not simple tricks to pull off as a single body, and he’s doing it in a plane. It was a great concept idea and the execution is perfect. Even if you love heights, it’s hard not to get a little woozy on a few of these stunts.