Red Sox Vs. Dodgers Live Stream: How to Watch Game 3 Of The World Series Without Cable 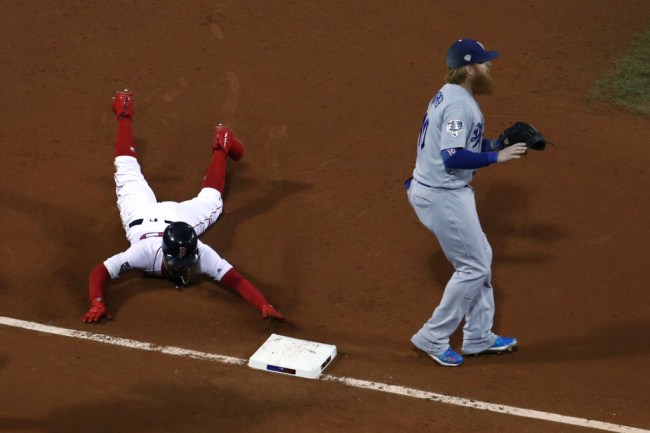 ATTN: Baseball Fans / Fall Baseball Bandwagoners / People Just Looking For A Game To Get Drunk To:

The fight for baseball’s most coveted prize is in full-swing. Boston protected home turf in the first two games of the World Series, but the Dodgers are back home and dead-set on replicating home field success. Los Angeles needs a W tonight or they can all but kiss their shot at their first World Series win in three decades goodbye.

Goodnight. I’m the most depressed I’ve ever been in my life. I don’t even know what to do with myself right now. Wish I wasn’t so emotionally invested in this franchise. #Dodgers

For the many of us who have done away with cable at the same time are parents axed us from the cell phone plan, don’t fret, check out FUBO.TV. It’s the easiest way to watch all your favorite sports games LIVE and free to sign up.