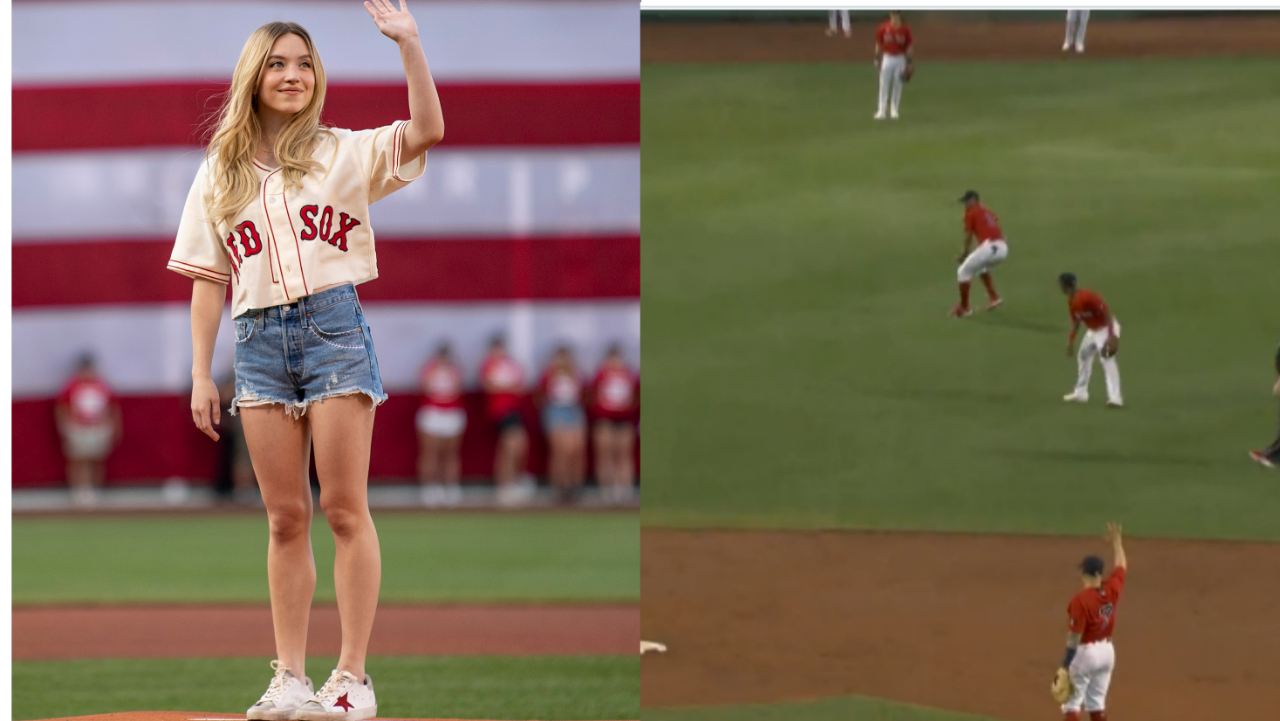 The Boston Red Sox embarrassed themselves in front of Sydney Sweeney during their game against the Blue Jays.

On Friday night, Sweeney, who became a breakout star on HBO’s hit show Euphoria, came out to Boston to throw out the first pitch.

Later in the game, the Red Sox embarrassingly gave up an inside-the-park grand slam to Raimel Tapia after center fielder Jarren Duran lost the ball in the air and absolutely quit on the play.

Fans on the Internet mercilessly mocked the Red Sox for embarrassing themselves in front of Sweeney.

the red sox just gave up an inside the park grand slam. even worse, it was in front of sydney sweeney

if i did this in front of sydney sweeney you would have to scrape me off a floor somewhere https://t.co/b4vmlVeQUl

Brother did that at front of Sydney Sweeney lol I would end it all right there https://t.co/M1XOAmtf3R