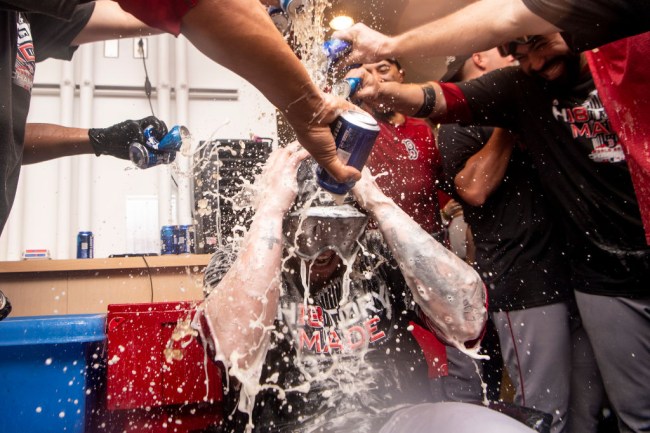 The Boston Red Sox are on top of the baseball world and the sensation must be divine. With that said, I’d rather be any one on earth but a Red Sox player right now, because they are collectively sporting the worst hangover of all: a champagne hangover.

As we previously reported, the Sox celebrated winning 119 games this season and the Commissioner’s Trophy by dropping a cool $600,000 over the course of two different parties following the World Series win, one party in Los Angeles and one in Boston upon return home.

In Los Angeles, the Sox partied at Nightingale Plaza, a magnet for the Hollywood elite, and shelled out a bar tab of $300,000. TMZ recently obtained the itemized receipt for the raucous night out and just running down this list has given me a splitting headache.

As far as who paid for the bill, TMZ learned that someone with the team handled the bill.

Mind you, each Red Sox player will get a massive postseason/World Series bonus when the gate receipts from each series is ironed out. Last year, the World Series-winning Houston Astros split a record $30.4 million. The Astros issued 60 full shares, with thevalue of each full share being $438,901.57.