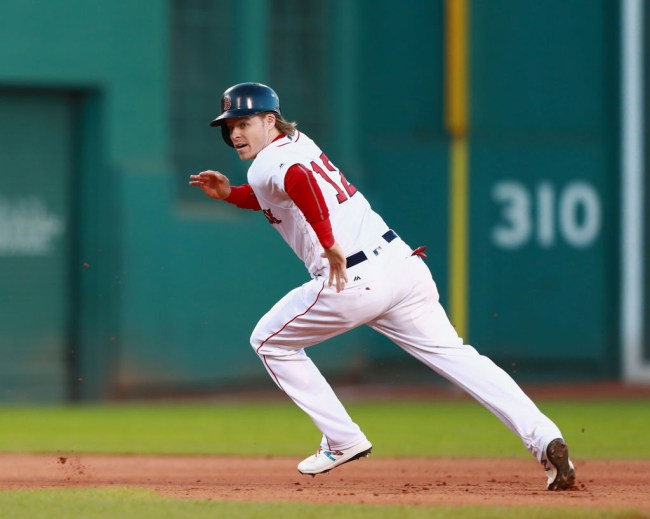 During yesterday’s Red Sox-Yankees game, things got a bit heated when Red Sox pitcher Joe Kelly drilled Yankees outfielder Tyler Austin in retaliation for Austin sliding into Brock Holt at second base with his spikes up earlier in the game.

After the game Red Sox short stop Brock Holt was asked about the brawl and he gave a pretty hilarious answer on why he didn’t want any part of the Yankees’ “big guys.”

I probably said something I shouldn’t have to start it off, so I apologize for that,” Holt said postgame following the Yankees’ 10-7 win over the Red Sox.

“I just wanted him to know it was a bad slide. I think everyone on the field knows that it was. I think he knows that now too.”

Holt said he thought that was the end of it. So when Joe Kelly appeared to retaliate in the seventh inning, plunking Austin, even Holt was surprised.

“I thought it was over,” he said. “Like I said, we’re not trying to fight those guys over there. They’re big. I wasn’t expecting it to happen. Something did happen. It escalated quickly.”

I don’t blame Holt, I wouldn’t want to face Stanton, Judge in a fight either. Those guys are fucking huge.