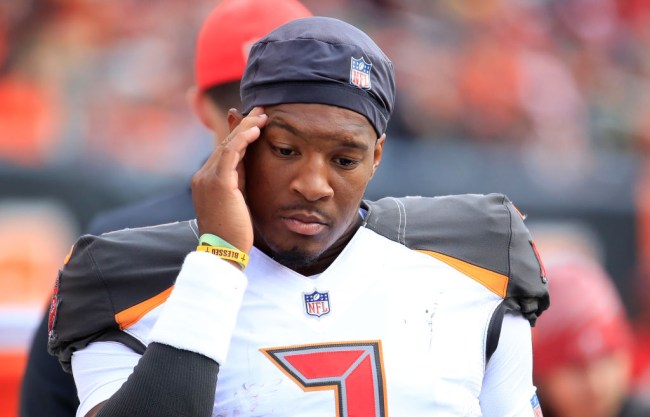 Winning the Heisman Trophy is no small feat and it should go without saying that managing to take home the award as a redshirt freshman is an even more impressive achievement. As a result, the Tampa Bay Buccaneers were willing to overlook sexual assault allegations and the infamous Crab Leg Incident when they picked up Jameis Winston with the first pick in the 2015 draft.

Winston has had some flashes of brilliance since arriving in the league and has consistently showcased his potential as a passer. However, no one summed up his overall skillset better than Bruce Arians did when he bluntly stated there is “so much good and so much outright terrible” about his performance.

As I said, Winston knows how to throw the ball but has a hard time ensuring it doesn’t end up in the hands of a defender when it leaves his. The combination of his all-too-frequent fumbles and propensity for interceptions makes him an absolute turnover machine, and as a result, he headed into this season knowing that was a major area he needed to improve on.

Last January, Football Perspective published an article highlighting just how good Winston is as a passer and predicted this would be the year he’d get his interception problem under control and finally showcase just how dangerous he can be.

As you probably know, that was decidedly not the case, as he achieved what no one has ever achieved before by managing to score at least 30 touchdowns (he finished with 33) while also tallying the same number of picks.

The author of the aforementioned article may have been off the mark but there was one person who was not, as a guy on Reddit offered his own forecast and managed to predict those exact totals while also correctly guessing he’d hit the 5,000-yard mark.

Don’t usually try and steal others content, but this is an incredible find; a reddit user predicting Jameis Winston’s stat line 11 months ago. [Credit @catchtheblitz , they are a great football follow on insta btw] pic.twitter.com/XzHEME4eJ0

No one knows the true identity of the user but I assume he wants to stay anonymous so no one comes to his house to discover the DeLorean he has in his garage with sports almanac in the glove box.