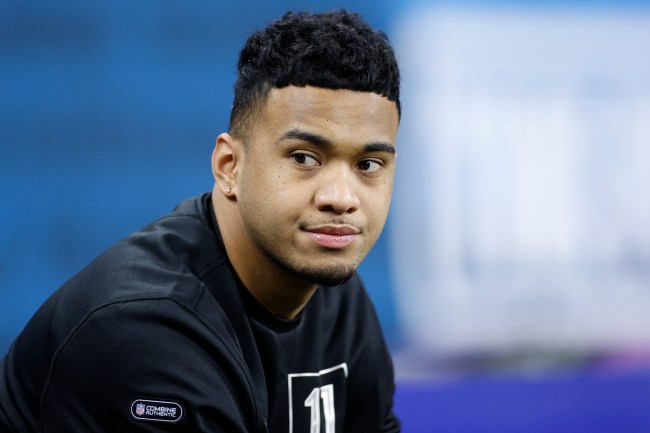 The NFL draft is still a month and a half away but the rumors are starting to heat up.

According to South Florida Sun Sentinel’s Safid Deen, Redskins head coach Ron Rivera met with Alabama QB Tua Tagovailoa and told him they wanted to draft him to compete with Dwayne Haskins next season.

New coach Ron Rivera told Tagovailoa he wants to bring him to Washington to compete with second-year quarterback Dwayne Haskins during their meeting at the NFL combine, a source told the South Florida Sun Sentinel.

“They felt like Dwayne was not the guy right now,” the source said. “They want to bring in Tua, just get it going and compete.”

A conflicting report says that Rivera was not in the meetings with Tua last week.

Source tells me Ron Rivera wasnt in Redskins team meeting with Tua Tagovailoa last week in Indy. Rivera was in NFL league meetings during the team's sit-down with Tua.

Ron was crazy busy in Indy. He sits on multiple NFL committees and took part in other panels. He had to reschedule his own official media session. The guy was busy.

As of now it just seems like the Redskins are playing a game of chicken with the Miami Dolphins and are trying to get the Fins to trade up for Tua.