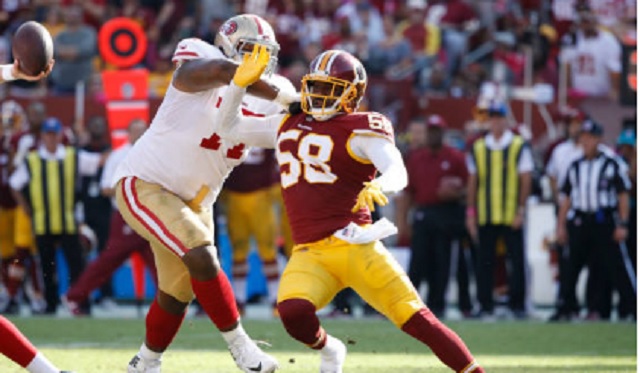 In the video Galette can be seen getting chased down and tased by a police officer when he ignored instructions to freeze after the Redskins player was allegedly engaged in a fight with another man, leading to his arrest for disorderly conduct.

TMZ Sports has obtained police footage of NFL star Junior Galette being run down by cops — and then tased — following an alleged fight in Mississippi back in April … and the footage is insane.
It all went down on April 8 … when a Biloxi PD officer saw the Redskins linebacker fighting with another man and instructed them both to freeze. The cop claims Galette ignored instructions and bolted.
You can see the cop — who identifies himself as a “big white guy” — sprinting after Galette while shouting, “Stop motherf*cker! I’m gonna taze your ass!!”
Galette continues to run so the cop pulled out his taser and fired — striking Junior on the first shot and putting the 250 pounder on the ground.