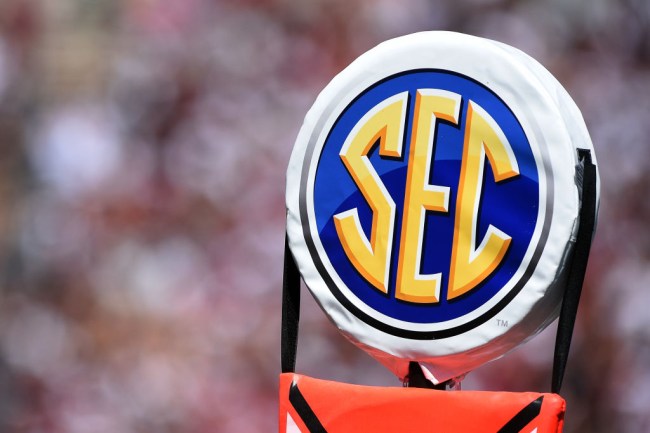 College football as we know it could look mighty different this year if games do take place this fall due to the pandemic. Nobody really knows what the 2020 season may throw at us and with so many questions surrounding the season, SI’s Pat Forde took it upon himself to completely change the landscape of the CFB world and move teams around in reimagined conferences.

Here’s what Forde came up with:

The minimizing of travel between schools is the biggest factor in the conference realignment, and with so many Power Five conferences spread out across the country at the moment many of the conferences we know were broken up in a major way.

Among the Power Five conferences, it’s the SEC that took the most drastic of hits with all 14 teams being split up into four newly named conferences. While the SEC West stuck together, for the most part, the same can’t be said about the SEC East as those seven teams lucked out in a major, major way.

Missouri was thrown into the ‘Great Midwest’ conference featuring Iowa, Wisconsin, and Nebraska while South Carolina was perhaps given the roughest of draws in the ‘Mid-Atlantic’ with the likes of Clemson, Virginia Tech, App State and Virginia.

When it comes down to it if CFB is forced to either nix conferences or come up with new ones for a season it wouldn’t be the worst situation. Playing a somewhat gimmicky season would be far better than having no season at all.