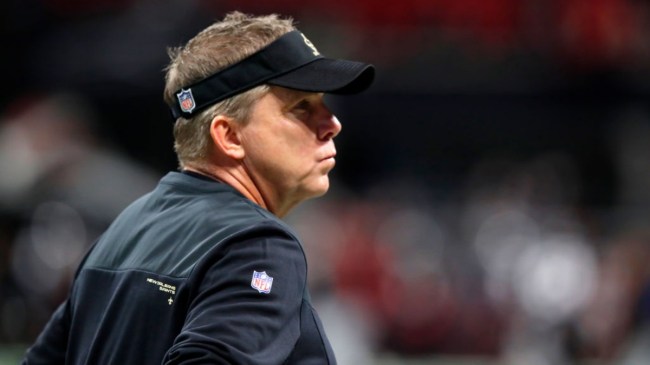 Tomorrow’s Thanksgiving Day NFL games mark the start of Week 12 of the season, which means there are already a few teams that are thinking about their futures.

The Broncos haven’t been impressed with Nathanial Hackett in his first year. The Raiders have been a disaster under Josh McDaniels. Brandon Staley and the Chargers have once again turned a talented roster into an average season. Kliff Kingsbury and the Arizona Cardinals have been wildly inconsistent and a major disappointment on offense.

While all of those coaches still have jobs right now, the could change later this season or during the offseason.

For the teams looking at a new coach, there is one name that is particularly intriguing. Sean Payton left football to go into broadcasting this year, but has been rumored to be interested in returning next season.

Today, ESPN’s Dan Graziano and Jeremy Fowler revealed that Payton is interested in the Cardinals and Chargers jobs if they open up.

NFL hot seat preview and Week 12 buzz from @DanGrazianoESPN and me: Who’s in trouble, who’s next, coach of the year candidates, upset picks and notes from around the league https://t.co/liHX7B4C9f

Fowler revealed that Payton wanting the Chargers job isn’t much of a secret.

Sean Payton seems to be lurking in a big way, and speaking of worst-kept secrets, Payton circling around the Chargers is probably one. Some around the league believe he would wait that one out

Graziano added the Cardinals as somewhere Payton would like to coach.

If not there, I’ve been told to watch Arizona as a potential Payton destination (again, assuming there’s an opening there).

Both of these franchises can offer Payton warm weather and a franchise quarterback. Both of these teams’ coaches still have jobs, but after years of each coach failing to turn their team into something special that might not be the case for much longer.

It’s looking very likely that Payton will be back in the NFL next season. At this point it’s really just a matter of where he’ll be coaching.