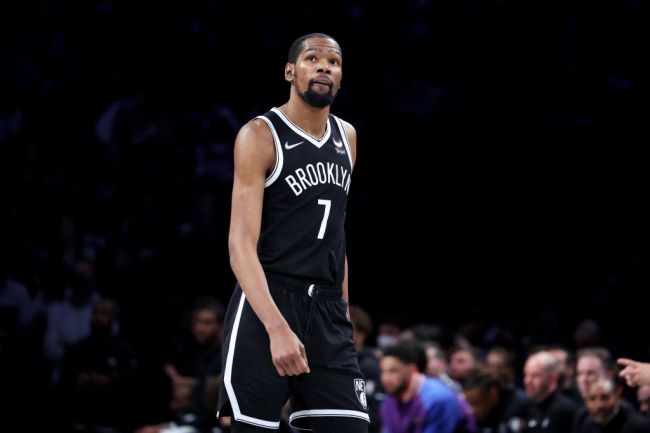 It has been barely over a week since Kevin Durant requested a trade away from the Brooklyn Nets, but there have already been a ton of rumors about where he could end up.

Originally, the Phoenix Suns and Miami Heat were the frontrunners. Then the Lakers were reportedly trying to make an offer for both Durant and Kyrie Irving. Damian Lillard and Paolo Banchero have made attempts to recruit Durant. There had even been talk about the possibility of him rejoining the Warriors.

Now it seems that the original report may have been the correct one.

According to Bleacher Report’s Jake L Fischer, Kevin Durant has his heart set on one team and that team is the Suns.

Lots of talk on Nets, Knicks, KD, Kyrie, then some questions from around the league on Dallas, Indiana, Sacramento, and more: https://t.co/d1Wk0qdrjp

A trade to the Phoenix Suns could make a ton of sense for everybody involved. Durant gets to play for a contender. The Nets could acquire Deandre Ayton and potentially Mikal Bridges in a trade. The Suns could finally get the last piece they need to win the franchise’s first title after losing in the Finals 2 years ago and finishing with the West’s best record last season.

You have to wonder if the Nets’ asking price is what is currently stopping this trade from having already happened. There was a report last week that they wanted the Suns to include Devin Booker in a trade for Durant.

Then, this week there was a report that they had made a ridiculous offer to the Minnesota Timberwolves where they wanted Anthony Edwards, Karl-Anthony Towns, and multiple first round picks in exchange for Durant.

With a trade partner out there who is certainly interested and that can give them a reasonable return, the Nets should be able to get a deal done for Durant sometime soon if they aren’t expecting an unrealistic return for him.