Report Reveals Painful Injury Jameis Winston Has Been Dealing With 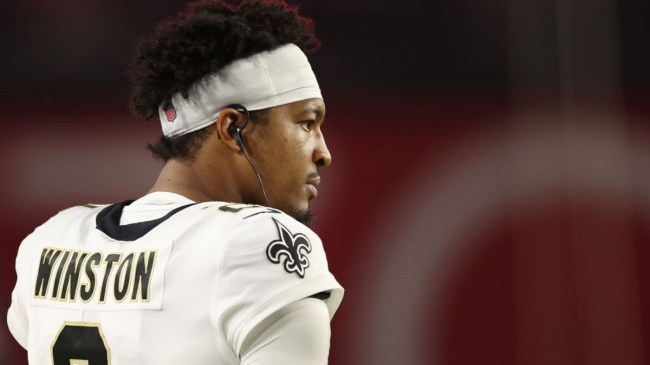 According to a report from Saints analyst Nick Underhill, Jameis suffered a ruptured tendon in his foot during the Week 2 loss to the Buccaneers.

Jameis Winston is dealing with a ruptured tendon in his foot

Some background on what Jameis Winston has been dealing with: He suffered a ruptured peroneal tendon in his foot against Tampa Bay, according to multiple sources. He went back in the game.

That injury, and not the back, has been bigger issue.

According to the report, the ruptured tendon has been a bigger factor than the back in Jameis’ absence for the Saints.

The Saints have already decided that Andy Dalton would be their quarterback for this week, so Jameis is clearly still dealing with pain from this injury.

The Saints have definitely missed him over the past 4 weeks. They have gone 1-3 with Dalton at quarterback and he threw a pair of pick 6s last week against the Cardinals.

It’s been a struggle for the Saints this season, but hopefully Jameis and the rest of the team’s injured stars will be back to 100% soon.