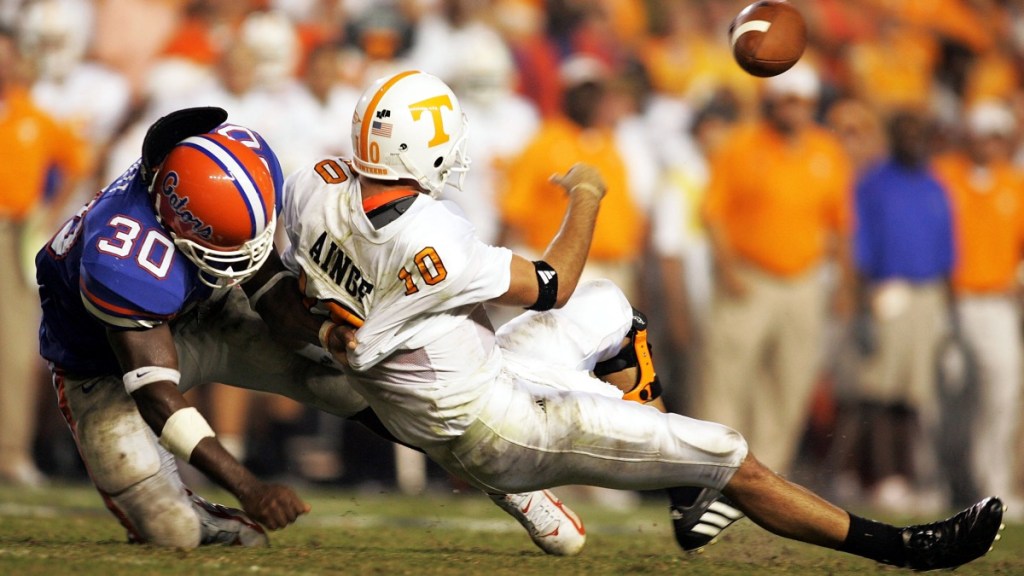 The #20 ranked Florida Gators have had a pretty wild season so far. They began their season with a wild upset over #13 ranked Utah in The Swamp but then fell to the Kentucky Wildcats in Week 2 (26-16) before *just barely* beating the USF Bulls in Week 3 (31-28).

Now the Florida Gators will travel to Knoxville, Tennessee in Week 4 to face the Volunteers. The Vols are one of those 2nd or 3rd tier rivals of the Gators are that like kind of a rival because they’re a regular SEC foe and because of historically significant matchups. But they’re also not really a rival because of geography and because Tennessee has only won ONE SINGLE GAME against the Gators since 2004.

Revealing Stat About Tennessee-Florida Game Might Expose The Gators

This stat from ESPN Stats & Info could prove to be pretty revealing about the current state of the Florida Gators’ program and/or how this ‘rivalry’ has shifted overnight. The Tennessee Volunteers are MASSIVE favorites over the Florida Gators and hold the biggest edge in over four decades…

Jesse Simonton of On3 shared this tweet that reads:

👀 Eye-popping Stat 👀
Tennessee has never been favored by more than -5 against Florida in 44 years, per @ESPNStatsInfo.
The Vols are 10.5-point favorites over the Gators on Saturday.

Try and let that sink in for just a moment… In 44 years (since 1978), the Tennessee Volunteers have NEVER been favored by more than 5 points over the Florida Gators. If that isn’t the most one-sided SEC rivalry in existence, I’m not sure what is.

The Vols won a National Championship in that time (1998) after beating the Florida State Seminoles 23–16 in the Fiesta Bowl. They have 2 more ‘unclaimed national championships’ in that span (1985 and 1989). Tack on 6 SEC Divisional Titles over that span as well. So it’s not as if the Tennessee Volunteers have been dismal for the past 44 years, it just seems the Florida Gators are either also good at the same time as UT or also bad at the same time as Tennessee.

It remains to be seen if Tennessee being favored by 10.5-points against the Florida Gators speaks more to the quality of the Volunteers or the decline of the Gators.

The Florida Gators have won 5 in a row against Tennessee and they’ve won 16 of the past 17 matchups. This is a HUGE game for Tennessee and if the Vols don’t win this they’ll likely never get that chip off their shoulder.

An unhinged Gators fan was not handling the Kentucky loss well and took it out on an FSU rival https://t.co/ddclqxkQN9

What obstacles await the Gators?

Despite being heavy underdogs in this game, the Gators already have a signature win this season against Utah. But this is Florida’s first road game of the season and the very first true road game of quarterback Anthony Richardson’s career.

Florida head coach Billy Napier apparently stoked whatever flames are left in this rivalry and angered a few Volunteers fans. While trying to downplay the Neyland Stadium atmosphere and pressure of a road game, Napier said “it’s not like we’re going to Canada and they’re going to change the rules. It’s going to be the same game. It’s going to be a little louder and playing at a different location.”