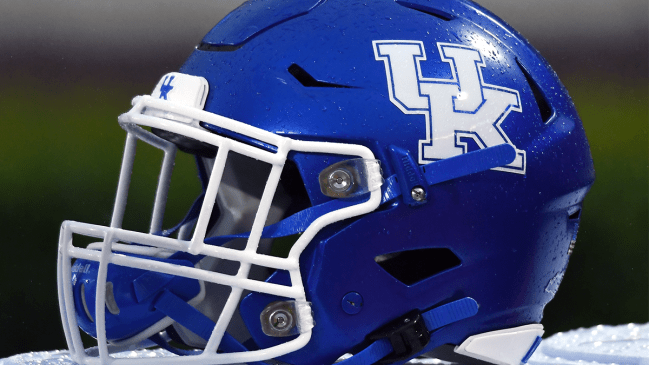 The University of Kentucky’s football program has come a long way since posting a 2-10 record in back-to-back-seasons around a decade ago, and head coach Mark Stoops headed into this year’s campaign with an especially large chip on his shoulder and intent on debunking John Calipari’s claims the institution is a “basketball school.”

Kentucky dispatched Miami-Ohio with ease in their season opener, but a 20th-ranked Wildcats squad faced a slightly more formidable challenge over the weekend when they headed down to Gainesville to kick off conference play against No. 9 Florida in an SEC East showdown where the Gators were favored to win by five points.

The two teams were tied up early on in the third quarter, but Kentucky pulled ahead on a pick-six and sealed the game with a field goal late in the fourth to pull off the upset that resulted in the team landing in the Top 10 in the AP and Coaches Poll for the first time since 2007.

The victory gave the team plenty of reason to celebrate—and they seized on the opportunity to troll their opponents during a team meal.

On Sunday, Kentucky quarterback Will Levis put one of his NIL deals to good use by treating his offensive line to a steak dinner at a chophouse in Lexington.

Thank you to @bhgrestaurants , as always, for feeding the O Line and me after a big win! These guys deserved every bite! pic.twitter.com/abJKAq1fCX

On Monday, the entire Wildcats team got a chance to chow down on something a bit more exotic, as the QB shared a picture of the incredibly fitting dinner the dining staff cooked up: a bacon-wrapped gator.

I’ve seen plenty of teams roast their opponents following a big win, but this takes things to a whole new level.