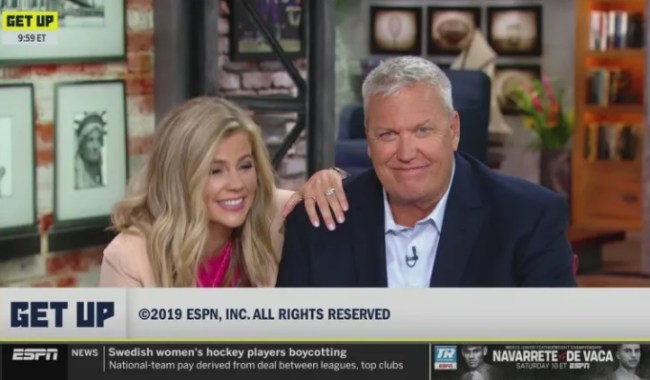 Rex Ryan has some jokes about feet.

Back in 2013, the former Jets head coach was caught in the crosshairs of the New York tabloids when it was rumored that he had a foot fetish after this video of him filming his wife’s feet went viral.

When confronted by the media at the time about the video Ryan called the situation a “personal matter”.

Today, Ryan was part of a panel om ‘Get Up’ discussing Antonio Brown’s frostbitten feet and he couldn’t help but to make light of his rumored foot fetish on the show which led to Sam Ponder to absolutely lose her mind.

Ponder says she knew that Ryan’s foot fetish would eventually come up on TV but she still wasn’t ready when it actually happened.

I’ve been mentally preparing for this moment for 2 years and it still destroyed me. 😂😂 Rex is a GEM https://t.co/hIXeqP175i

Rex Ryan is a National Treasure.