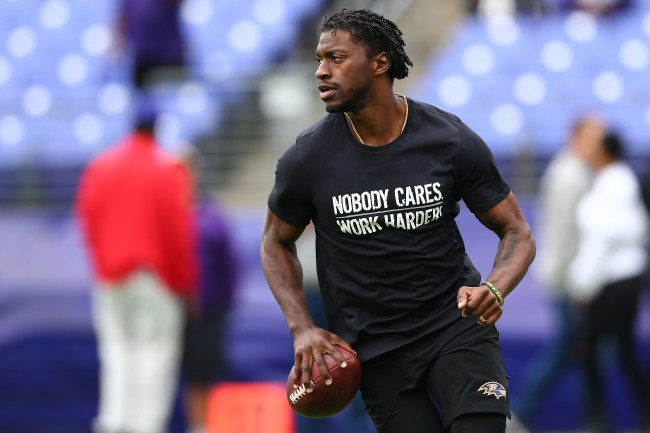 Former NFL QB Robert Griffin III is trending on Twitter again for all the wrong reasons.

On Wednesday afternoon, RG3 randomly posted a video of his wife squatting a bar with the caption “cOmE oN bRO yOUr WiFe iS wHiTE.” Apparently, Griffin’s post was meant to promote his wife Grete’s personal fitness business.

“cOmE oN bRO yOUr WiFe iS wHiTE” pic.twitter.com/zRZ3LJBfPa

Go to https://t.co/uM8O1Y63a2 get healthy and build the body of your dreams with @GGriffinIII 💪🏾

After people mocked RG3’s video he followed by saying people were just hating because his wife was defying stereotypes.

They be so mad when you defy the stereotypes

RG3’s social media posts were mercilessly mocked by the Internet who were confused by the video.

RG3 edited that video on iMovie and said this is a banger.

I just know RG3 let that tweet off with Nick Young confidence pic.twitter.com/l8gfoB6wHM

Idk why RG3 decided to embarrass his wife like that