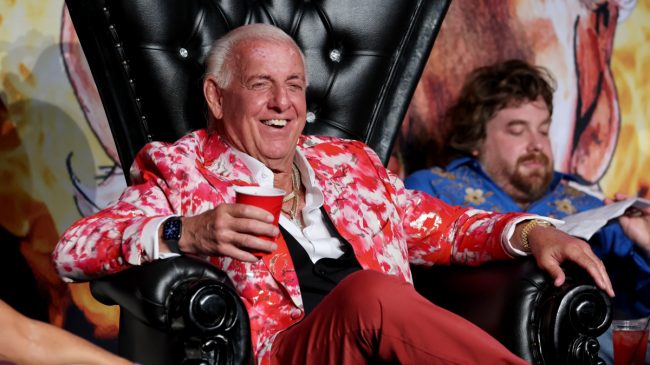 Social media users are in utter disbelief upon stumbling across a video of “The Nature Boy” Ric Flair smoking weed with Iron Mike Tyson. Flair posted the clip on his Twitter account Wednesday morning, and it’s now going viral.

Both boxing and wrestling fans are losing it, as the video has swirled up quite the reaction.

It’s no surprise seeing Tyson openly smoking blunts. He’s been in the weed game for some time now, opening his own marijuana ranch a few years back. He’s been adamant on the benefits of both ganja and psychedelics, saying he wishes it was more readily available throughout his career in the ring.

But Tyson recently brought Flair into the mix, creating a new cannabis line called “Ric Flair Drip.” The two were seen together this week which has many wondering if this is the best rotation ever.

Flair posted the following video after attending a cannabis conference with Tyson in Chicago.

One fan wrote, “Weed has never been so cool.”

Another was in disbelief, saying, “Imagining going back to 1997 and trying to explain this to my younger self. ‘What’s Twitter? Why is Ric Flair dripping <Beavis & Butthead laugh>? Wait, we start watching WRESTLING?'”

This Twitter user posted, “Nah dawg, this is insane,” while another simply wrote, “EPIC!”

I was not expecting to see this duo smoking pot on the streets of Chicago when I woke up, but this has to be the most dynamic doobie duo of all time.