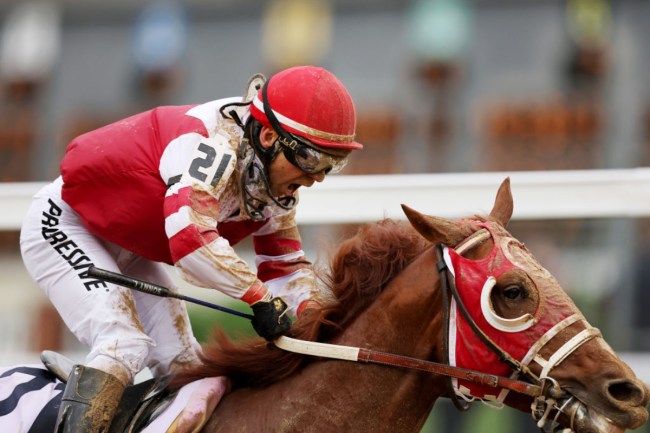 There will not be a Triple Crown winner in 2022.

Less than a week removed from shocking the world and winning the Kentucky Derby, Rich Strike is officially skipping out on the Preakness Stakes.

While most assumed Rich Strike would show up in Baltimore for the Preakness, based on trainer Eric Reed’s recent comments this isn’t too big of a surprise.

Reed has the best interest of the horse in mind, he made it clear he wouldn’t be forcing him into a race where there could be a risk of injury.

“I can’t do anything but what’s best for the horse,” Reed explained. “If we flop [at the Preakness] and he gets hurt, they’ll forget we were even there. I’ve got to remember it’s about him. If it starts being about us, that’s a problem.”

Rich Strike’s owner, Rick Dawson, explained that running the Preakness is tempting, his team is going to stick to its plan and protect the horse with sights set on the Belmont later in the year.

“Obviously, with our tremendous effort & win in the Derby it’s very, very tempting to alter our course & run in the Preakness at Pimlico, which would be a great honor for all our group,” Dawson said in a statement.

“However, after much discussion & consideration with my trainer, Eric Reed & a few others, we are going to stay with our plan of what’s best for Ritchie is what’s best for our group, and pass on running in the Preakness, and point toward the Belmont in approximately 5 weeks.”

The last time a healthy Derby winner skipped the Preakness was 1985 when Spend A Buck instead ran the Jersey Derby.

Rich Strike won the Derby with 80-1 odds, the second-longest odds a winner has beaten in the history of the Kentucky Derby.