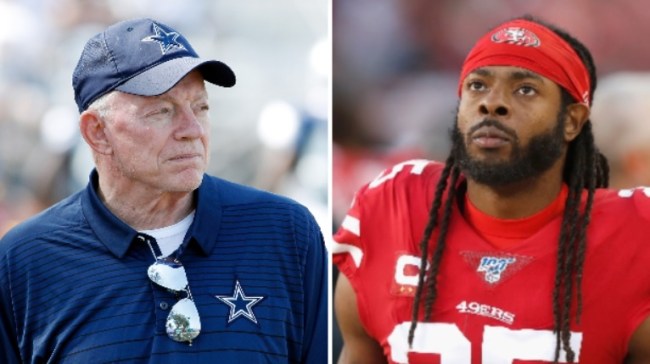 Last week, several Dallas Cowboys players appeared in a video to address police brutality and what they were doing in their community to help get rid of social injustice.

The Dallas Cowboys began conversations about social injustice two years ago and they continue to be ongoing.

The recent killing of George Floyd and others illuminates the importance of continuing these efforts. pic.twitter.com/0yofZ6Vz9O

This video statement, the first in a series that will be released by the Dallas Cowboys, reflects the organization’s statement regarding the recent tragedies in our country while also disclosing interactions between the team, it’s players and community leaders: including law enforcement (7 local police chiefs), judicial figures (8 judges), social service leaders and Dallas city attorneys.

Was told @dallascowboys had a powerful virtual team meeting w/raw & real messages by Gerald McCoy, Jaylon Smith & more. The direction this week from Coach Mike McCarthy has been focusing on conversations about George Floyd, racism, personal experiences & how to go from (1/2) https://t.co/6V971HDCkQ

Jones doesn’t make an appearance in the video and has not spoken in favor of the BLM movement which led to Sherman to call him out during an interview with the San Francisco Chronicle.

“It’s not pulling [NFL owners] like it is the rest of the country,” the 49ers cornerback said. “Because if it was, then they’d speak.”

“Jerry Jones, especially, has no problem speaking up any other time about anything else. But when it’s such a serious issue, and he could really make a huge impact on it with a few words, his silence speaks volumes.”

Eventually, Jones is going to face the media and will be forced to answer some serious questions about players kneeling during the anthem and the BLM movement but for now, it seems like he’s content on staying behind the scenes.