According To Richard Sherman, Eli Manning Is A Hall Of Famer And His Reasoning Why Is Spot-On 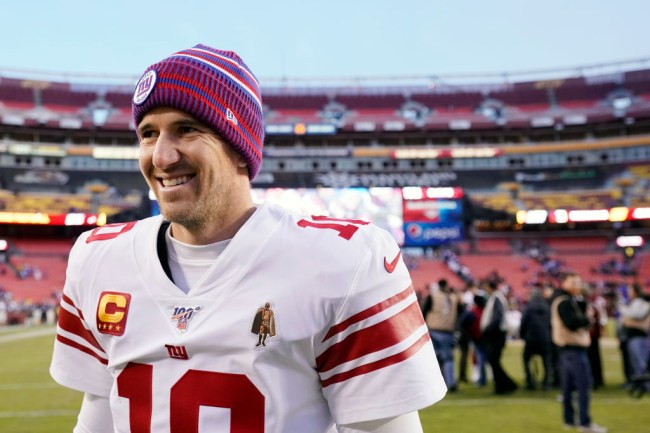 The debate of whether or not Eli Manning deserves a spot in the Pro Football Hall of Fame has been going on for years now, but now that Manning has officially retired from the game the debate has really ramped up.

For Richard Sherman, though, there really isn’t a debate to be had. According to the 49er’s cornerback, Manning is a Hall of Famer.

Sherman pointed to Manning’s two Super Bowl rings, and the fact that both Super Bowl wins came against Tom Brady and the Patriots, as to why he deserves a spot in Canton.

“I do think Eli’s a Hall of Famer,” he said in response to a “Super Bowl Opening Night” question from The New York Post. “I think people underestimate what it means to run through the Super Bowl … there’s a reason so few low seeds have never won a Super Bowl. The teams that he’s done it with are probably 30, 40 percent of the low seeds that have won Super Bowls.

The points that Sherman points out, well, there’s really no arguing any of them seeing as those things did in-fact happen.

The argument against Manning being a Hall of Famer really only has one viewpoint and those are his regular-season numbers. The naysayers argument, basically, is that yeah, sure he beat the greatest coach and quarterback to ever do it on the grandest stage in the game, not once but twice, but he was never a great regular season quarterback. Plus, the doubters cling to his overall record of 117-117 as if that somehow outweighs the fact he’s a two-time Super Bowl MVP.

I’m with Sherman, Eli is a no-doubt Hall of Famer.