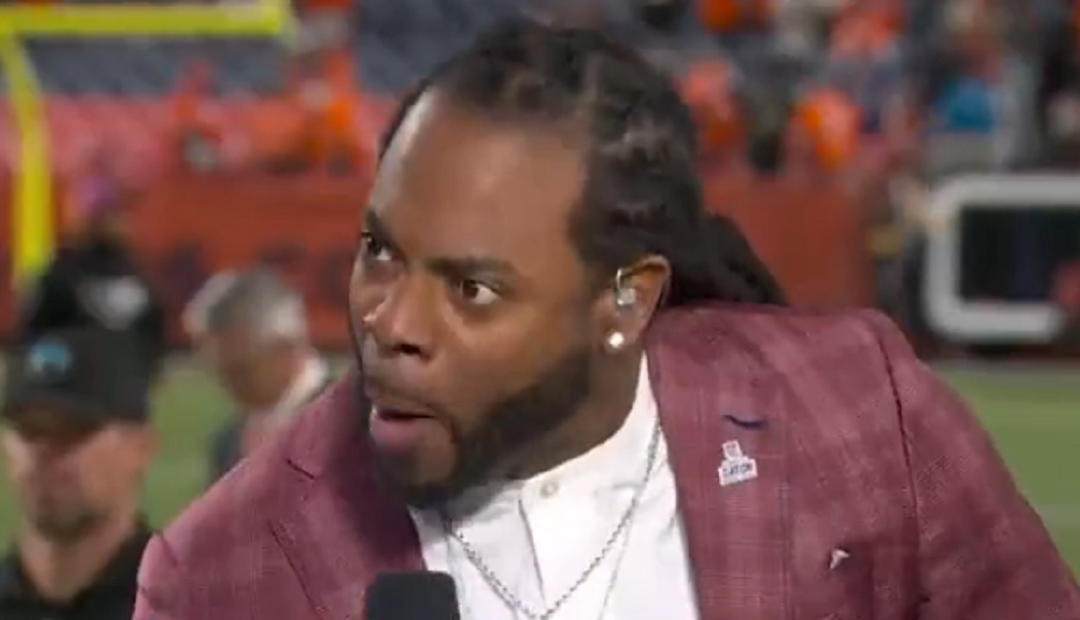 Richard Sherman was having flashbacks on Thursday Night.

On the final play of the Thursday Night football game between the Broncos and the Colts, Russell Wilson ended up throwing an incomplete pass on 4th and 1 on the 5-yard line.

The play gave Richard Sherman flashbacks of the Seahawks losing the Super Bowl when Wilson threw an interception on the 1-yard line instead of running the ball.

Don’t let it be said that the #Seahawks did not give the ball to Marshawn Lynch at the 1-yard line in the Super Bowl. pic.twitter.com/0wwR3ymujG

During the Amazon Prime postgame show, Sherman ripped Wilson to shreds for not running the ball on 4th and 1.

“You need one yard, run the ball…RUN THE BALL, All he has to do is run the football…goddamn run the ball, learn from your mistakes’